OnePlus didn’t launch the OnePlus 9T series this year, but it is wasting no time to prepare for the next series. And now, the OnePlus 10 Pro specs have been leaked. The upcoming flagship phone features a new processor from Qualcomm. The chipset maker has confirmed that it is splitting Qualcomm and Snapdragon into 2 brands. 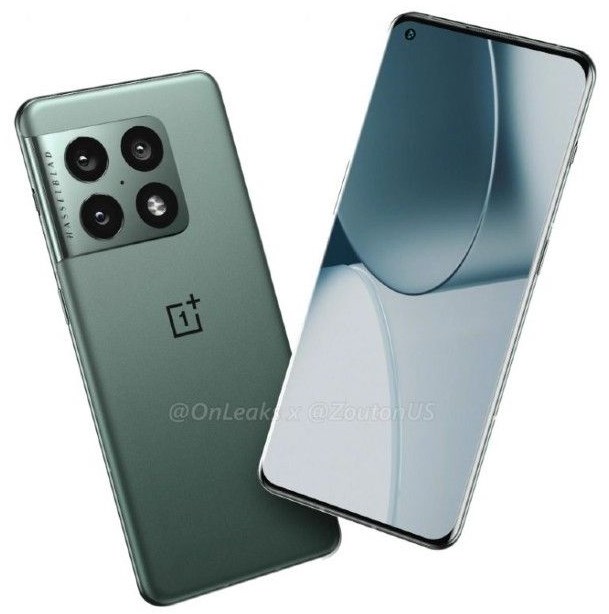 The OnePlus 10 Pro specs that were leaked today indicate that the device is powered by the new Snapdragon 8 Gen1 CPU. That is a really odd name for a processor, but it is not really surprising, coming from the company that termed its processors as mobile platforms. Qualcomm is set to announce the new SoC at the Snapdragon Tech Summit on November 30th.

Circling back to the topic, the OnePlus 10 Pro will have 8GB/12GB of LPDDR5 RAM, and 128GB/256GB of UFS 3.1 storage.  The phone will pack a 5000mAh battery, with some sort of wired fast charging, which rumours suggest could be 125W Warp Charge. The handset is equipped with a 6.7-inches QHD+ display, that supports 120Hz refresh rate. The screen has curved edges.

The selfie lens in the hole-punch cutout in the top left corner of the display, is a 32MP snapper. The rear panel is home to triple cameras and an LED Flash placed in a symmetrical array. The main sensor is a 48MP lens, assisted by a 50MP ultra-wide-angle lens, and an 8M megapixels telephoto lens that supports 3.3x zoom. The device will reportedly be IP68 rated, for dust and water resistance.

The OnePlus 10 Pro will retain the alert slider, though it will not have a 3.5mm headphone jack, but at this point nobody is expecting OnePlus to include it on its products.

Onleaks and 91Mobiles claim that the OnePlus 10 Pro will debut first in China, in January or February 2022, followed by a global launch in April.