Its Official: Xiaomi Mi 6 is coming on 19th April 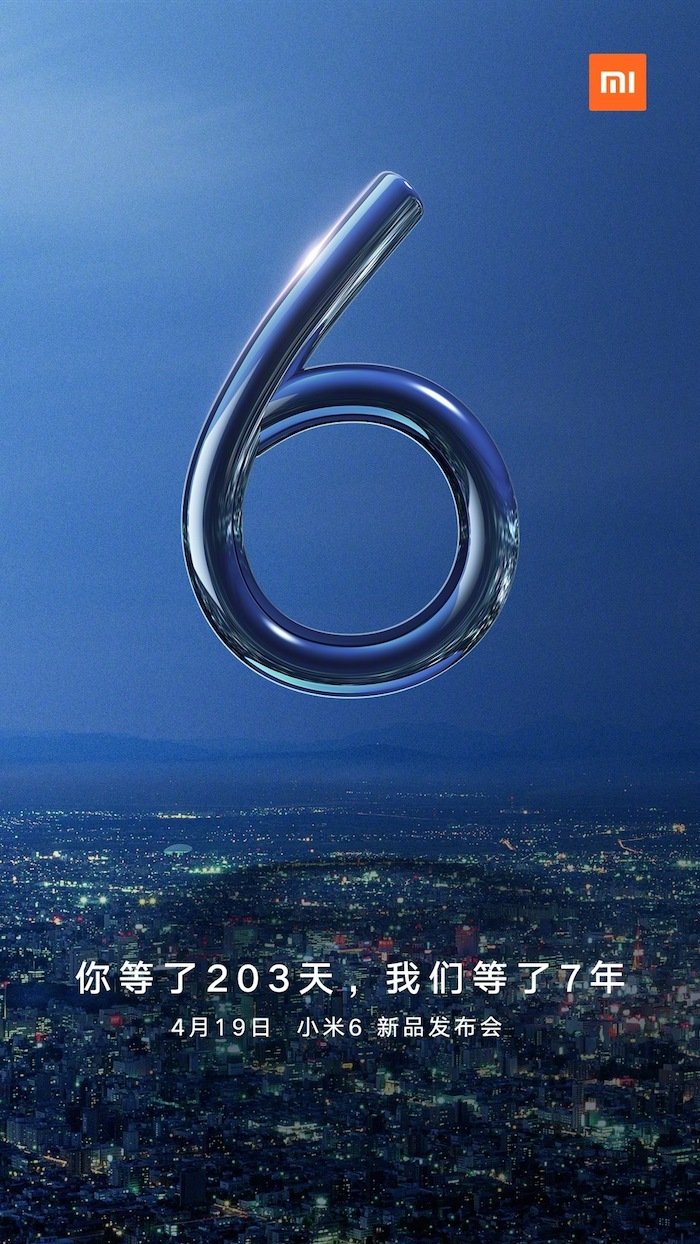 Alleged Mi 6 code-named Sagit has already surfaced on benchmarking portal Antutu and Gfxbench, which indicates that it sports a full HD 1080p display, powered by Qualcomm Snapdragon 835 processor along with Adreno 540 GPU and 4 GB / 6 GB of RAM. It comes with 64 GB of internal storage running Android 7.1.1 Nougat based operating system with MIUI on top of it. In terms of camera, it features a 12 MP main rear camera and another 8 MP front shooter for selfies. Gfxbench also indicated two frequencies of Snapdragon 835 and two variants for internal storage of 64 GB / 128 GB suggesting different Xiaomi Mi 6 models varying in terms of hardware specifications.

Other rumors have also indicated some features about the upcoming flagship device such as :

We do not need to wait more now as the official launch is just few days away. Stay tuned at Androidpure and we will keep you updated.