This is Nokia 8 flagship, Press Render leaked by evleaks

Just few hours back, @evleaks revealed the Dual camera module of Nokia 8, the upcoming flagship device from Nokia. Now, in just few hours he has revealed the press render of Nokia 8 revealing the design of the phone from both front and rear sides. On the front, we can see the front camera along with speakers at top with Nokia branding on the left side, while at the bottom we can see big bezels along with a small rectangular home button which probably integrates the fingerprint sensor too. The physical navigation buttons are also present at the bottom. 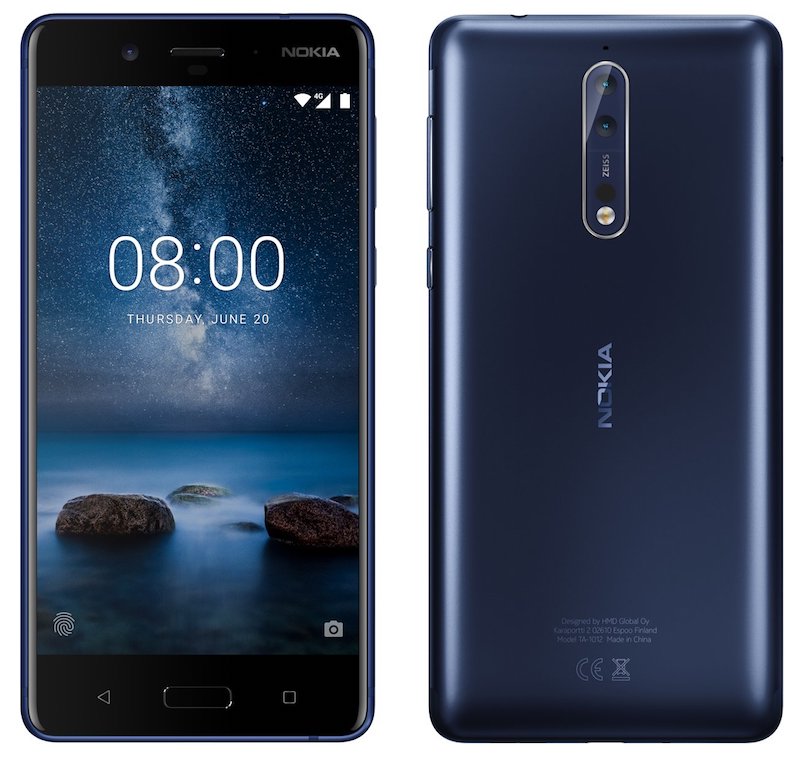 On the rear, we can see the vertically aligned dual camera module with (13 MP + 13 MP sensors probably) along with Laser focus and LED flash below the cameras while the Nokia branding appears vertically in the middle. The power button and Volume rocker buttons are on left side of the device if looked from the rear.

Nokia under HMD global entered the smartphone market again by launching Nokia 3, Nokia 5 and Nokia 6.All these devices are entry level to mid range devices and the company is yet to announce a flagship device. Nokia 9 was initially rumored to be the company’s flagship device spotted on Antutu benchmarking portal revealing some of the basic hardware specifications, though recent rumours suggest that Nokia 8 may be the flagship device powered by Snapdragon 835 and may be unveiled as early as July 31.

Nokia is known for their phones that use the Zeiss lenses and they seem to be coming back with those lenses again thanks to their recent agreement with Zeiss. We can see the vertically aligned dual camera module with (13 MP + 13 MP sensors probably) along with Laser focus and LED flash below the cameras.

Nokia 8 is rumoured to feature a 5.3-inch Quad HD display with a resolution of 1440 pixels by 2560 pixels, powered by Qualcomm Snapdragon 835 processor along with 4 GB of RAM and 64 GB of internal storage with expandable storage support up to 256GB via microSD card. The phone runs on Android 7.0 Nougat based operating system. In terms of camera, Nokia 8 is rumoured to feature a 24-megapixel primary camera on the rear and a 12-megapixel front shooter for selfies.