The Moto G8 Plus specs and design have been leaked ahead of the phone’s official launch. Here is what the mid-ranger looks like. 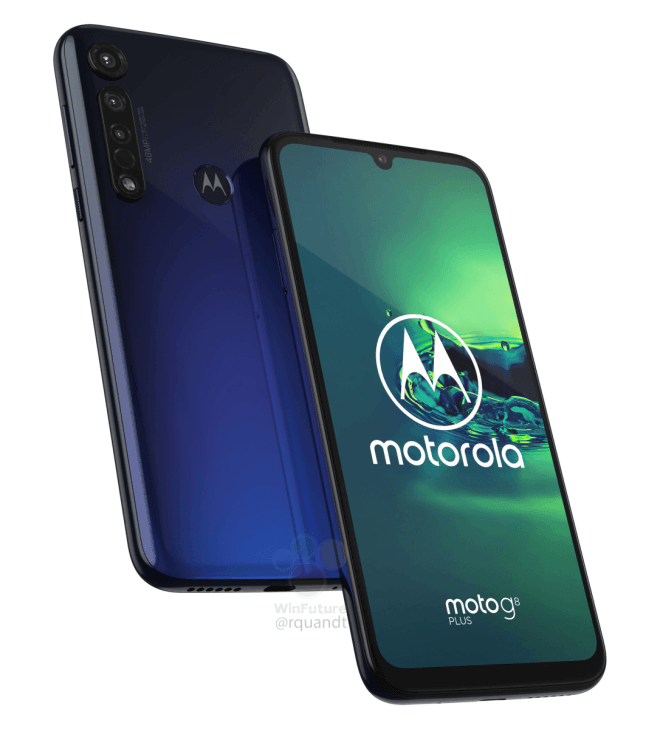 The G8 Plus is equipped with a 6.3-inches Full HD+ display with a water-drop notch. There is a very noticeable chin on the phone. It runs Android 9 Pie out of the box and is powered by a Qualcomm Snapdragon 665 octa-core processor clocked @2.0GHz, with 4GB of RAM. It will be available in two storage variants: 64GB/128GB which can further be expanded via a microSD card slot. 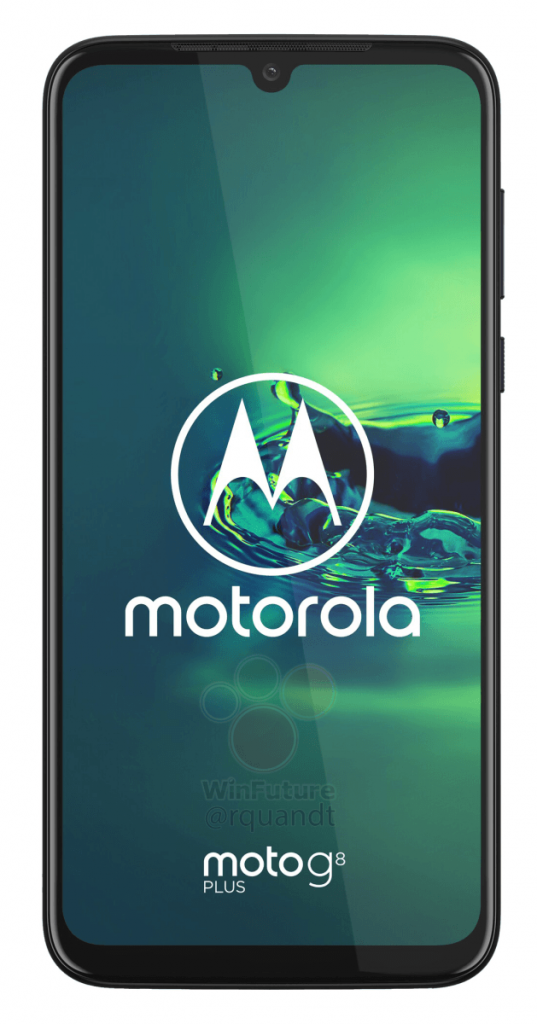 The G8 Plus has a vertical bump on the back panel that housed 2 of the 3 cameras, and a Laser Autofocus module and an LED Flash. The other camera is just above the bump. Specs wise the lenses consist of a 48MP primary shooter,  a 117° ultra-wide angle 16MP sensor, and a 5MP Depth camera. The selfie lens on the G8 Plus is a 25MP camera. 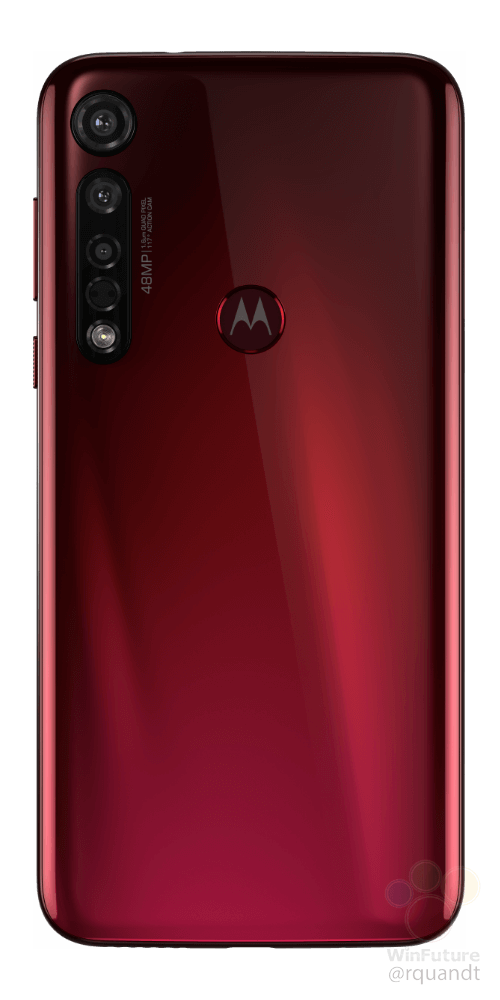 The phone is backed by a 4000mAh battery that supports Turbo Charging over a USB Type-C port. The device has a 3.5mm headphone jack. According to WinFuture, NFC will not be available in all regions. 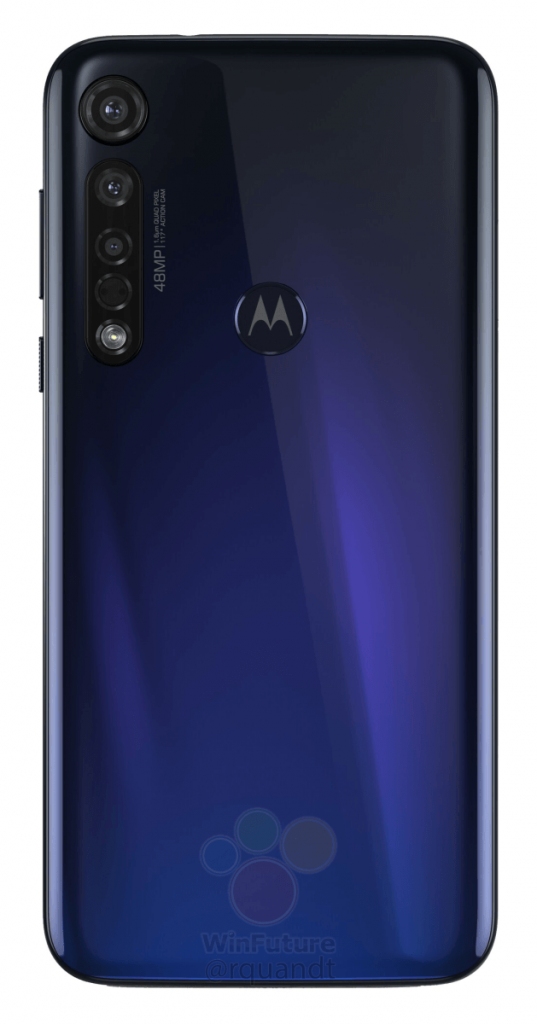 The Moto G8 Plus has Dual front-facing speakers. A fingerprint scanner is embedded in the logo on the back panel. The phone will be available in two colours: Blue and Red

Motorola is expected to launch the Moto G8 Plus on October 24th in Brazil.