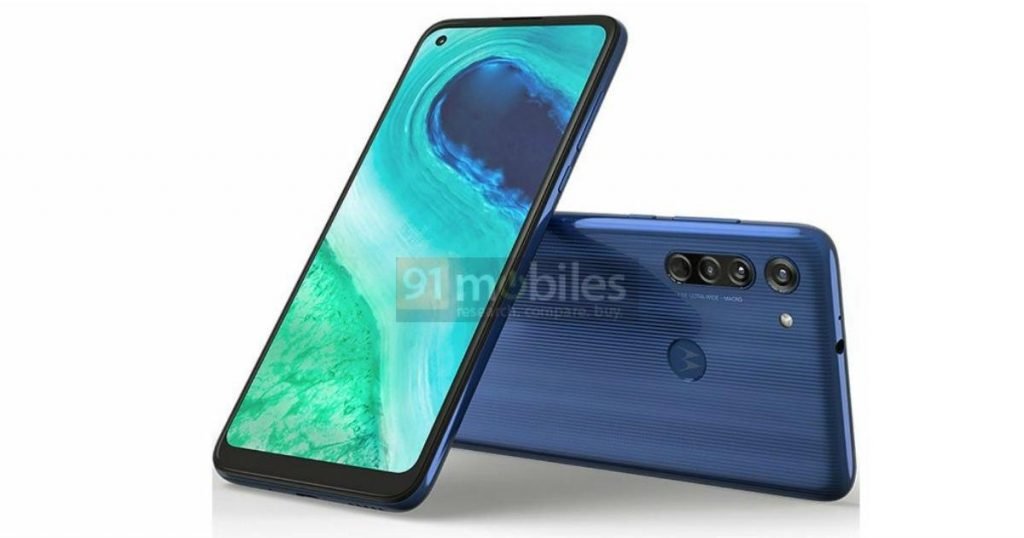 The device has a punch-hole display with the selfie camera sitting in the top left corner of the screen. The forehead bezel is quite minimal, but the chin is very noticeable. A USB Type-C port is visible at the bottom along with a speaker grille.

The Moto G8 leaked pictures confirm that the phone has triple cameras on the back panel. Two of the cameras are housed together along with an extra sensor in a vertical bump, while another lens is placed above them next to an LED Flash. According to the wording near the cameras, one of the lenses in an ultra-wideangle sensor, and another is a macro lens.

The phone has a textured back panel, and will be available in 2 colour options, Blue and White. The Moto G8 leaked photos from 91Mobiles also reveal that the phone has a 3.5mm headphone jack at the top alongside a noise-cancelling microphone. The power button and the volume keys are on the right edge of the frame, while the Motorola logo on the rear has an embedded fingerprint scanner.

Previous rumours have suggested that the Moto G8 will be powered by last year’s Qualcomm Snapdragon 665 processor with  2GB/3GB/4GB of RAM and 32GB/64GB of storage. The Motorola phone will be equipped with a 6.39-inch HD+ display with a resolution 1560 x 720 pixels.

The Moto G8 is expected to be announced at the Mobile World Congress 2020, that’s scheduled to be held next month.

Samsung Galaxy Z Flip leaked; here are the pics and specs of the clamshell phone