Even though Motorola is yet to announce an official launch date for Moto G7 with some reports indicating a possible launch of the device in February 2019 in Brazil ahead of the Mobile World Congress, we would still not like to speculate. In spite of we, being at least a month or two away from the official launch, the leaks are flowing. We have already seen the alleged renders of the Moto G7 revealing all the design details, some case renders have leaked which once again confirm what we have seen in earlier leaks.

It is rumoured to come in four variants instead of the usual three variants in G series i.e. standard G7, G7 Plus, G7 Play & G7 Power. They may be powered by Qualcomm Snapdragon 632 SOC chip. Moto G7 Power is the new variant in the lineup and may feature a big 5,000 mAh battery. The standard G7 and G7 Plus is expected to feature dual-cameras at rear whereas the other variants may feature just the one camera sensor.

A leaked render has appeared on a blog, and it shows off the water-drop notch display of the device. And the device does appear to retain the 3.5mm headphone jack. 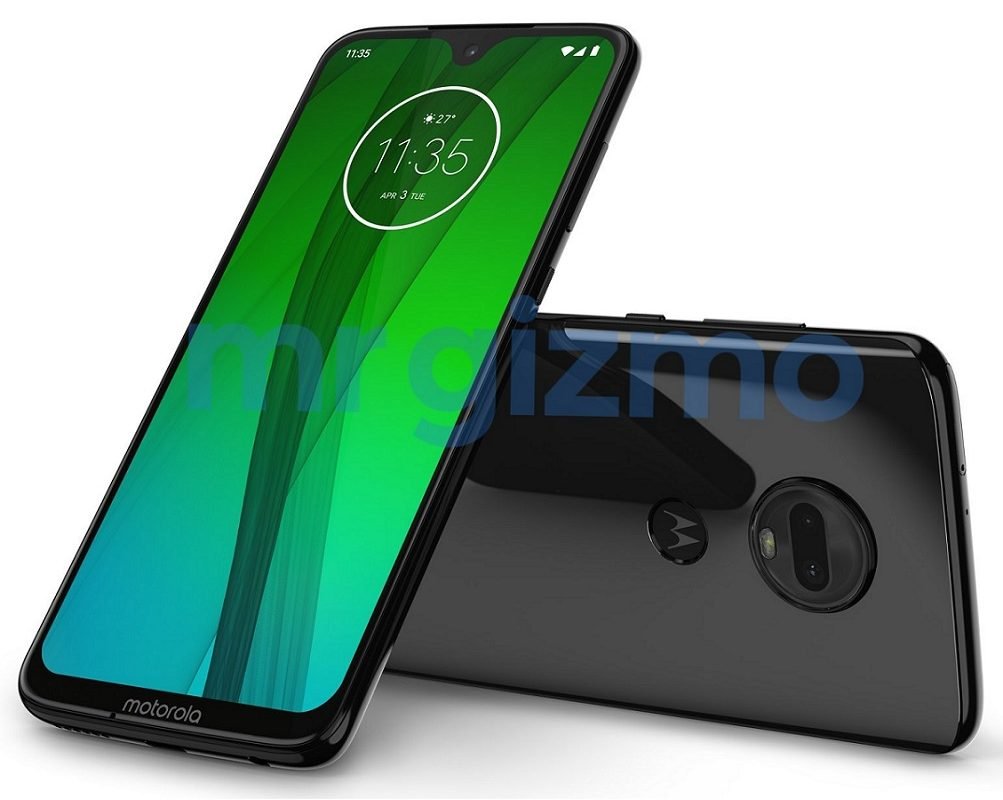 We did report about the same design back in August, but in case you missed it, you can check it out below. It does seem to match the render’s design, which sadly does have a large chin, and a Motorola logo, which kind of ruins the aesthetics of an otherwise good looking device.

The water-drop notch is still an improvement over the regular notch, which the Moto G6 Plus has.

Rumours indicate that the Moto G7 will be a mid-range phone that runs on Android 9 Pie, and sports a 6.0-inch Full HD+ display. The device is powered by a Qualcomm Snapdragon 660 processor, with 4GB of RAM. The Moto G7 will have 64GB of internal storage.

The photography hardware on the phone comprises of a 12MP selfie lens and dual rear cameras that you can see in the Moto G7 leaked render looks weird as usual, with the eerie robot face. The primary sensor is a 16MP camera and a 5MP secondary lens which acts as a depth sensor. The phone is reportedly backed by a 3,500 mAh battery.

You may have noticed the leaked render has a Motorola logo on the back, and the way it is embedded, along with the placement, does seem to suggest it will double up as a fingerprint scanner.

The leaked render’s home screen has no icons and the time, day and date, and the temperature is seen in the widget look exactly like what the company uses for every device. That’s really odd, isn’t it? Wonder why they do that.

Anyway, Motorola is expected to announce the phone earlier than usual, before the end of the year, or in early 2019.