Motorola has officially launched the Moto 360 2nd Gen, in India 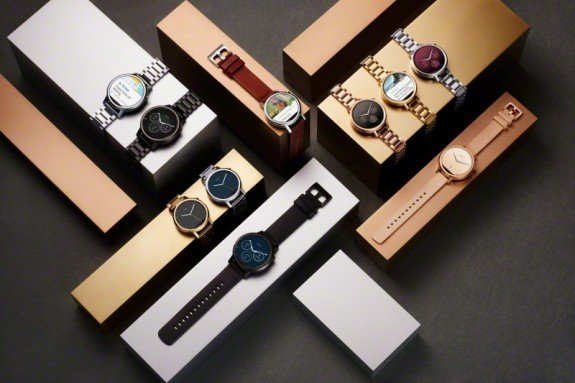 The smartwatch was launched three months ago, at the IFA 2015 tech show, in Berlin, Germany.

The Moto 360 2nd Gen runs on Android Wear with full support for notifications at a glance, wrist gestures, Live Dials (Widgets with info). The wearable device is powered by a quad-core Qualcomm Snapdragon 400 processor clocked at 1.2 GHz backed by 512 MB of RAM, and an Adreno 305 GPU.  The watch comes with 4GB of internal storage, and allows you to store and play music directly from the device.

The 42mm watch is suitable for both men and women and is backed by a 300mAh battery, while the larger variant is a mens watch, and is powered by a 400mAh battery. The screens of all the watch’s variants have a backlit LCD Display and are protected by Corning Gorilla Glass 3, and the wearable is touted to deliver an all day battery life with Ambient Display on. The watch comes with a free charging dock,

Wi-Fi, Bluetooth 4.0 LE, built-in GPS,  make up for the connectivity options on the Moto 360 2nd Gen, which also supports Wireless charging. The wearable supports Voice commands, has Dual mics. The crown button has been moved over to the 2 o’ clock position for ease of access.

It also supports Moto Body, a fitness oriented feature, which allows you to monitor your heart rate, track your sleeping patterns, and also shows you how many calories you burned. The Moto 360 2nd Gen is compatible with any device running on Android 4.3+ or  iOS 8.2+.

Unlike its predecessor, the Moto 360 2nd Gen comes with lugs, and supports straps which you can switch to with ease, thanks to the tool-less band removal made possible with a quick-release pin.  The watch is IP67 certified to be water resistant. The watch will be available in 5 variants, two of which will have a metal strap (Black/Natural Steel), and the other three in leather straps (Rose Gold, Black, Cognac Leather).