Google announced the Pixel 6 and the Pixel 6 Pro about a month ago. But, the search giant is already prepping its next device, and these leaked Google Pixel 6a renders reveal a design similar to the flagship phones. 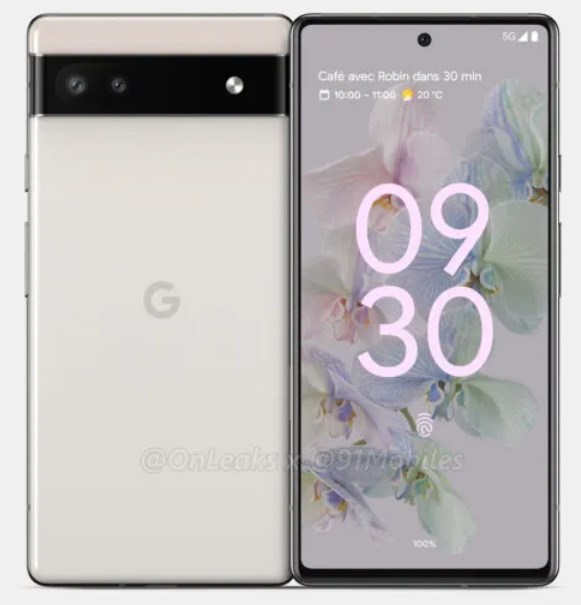 The Pixel 5a was only announced in August 2021, so it is a bit surprising that the company is readying its successor so soon.

The upcoming mid-range device sports a 6.2-inches OLED display. The screen has an in-display fingerprint scanner, and has a selfie lens placed in the top center in a hole-punch cutout.

The rear panel on the Pixel 6a has a dual-tone finish, with a layer of glass. The camera array is similar to the Pixel 6’s visor-like horizontal band, and is home to dual cameras and an LED Flash.

The handset has a USB Type-C port, along with a speaker grille and a microphone. Sadly, the Pixels 6a does not have a 3.5mm headphone jack. According to 91Mobiles and On Leaks, the phone measures 152.2 x 71.8 x 8.7mm. 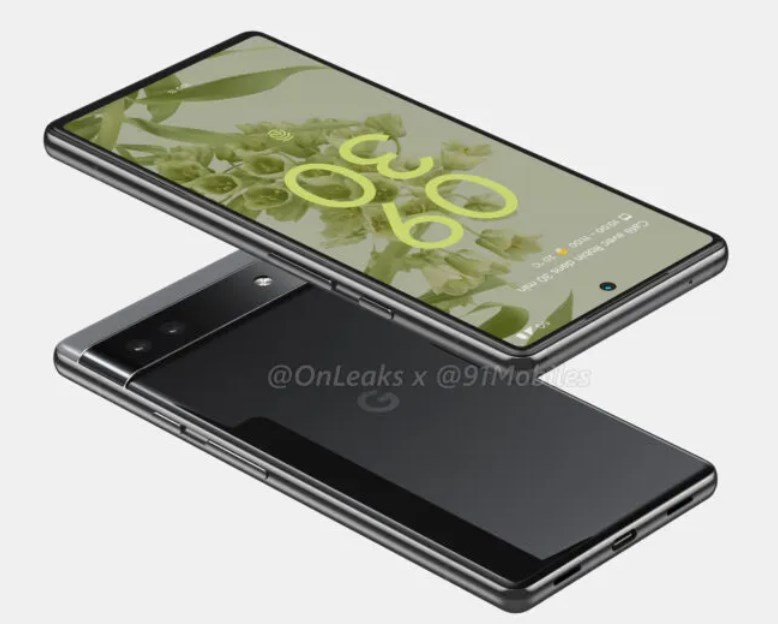 Google will, no doubt, launch the phones with Android 12 out of the box. The phone could get 3 years of Android OS upgrades, and 5 years of security updates.

Leaked Google Pixel 6a specs suggest that the phone could be powered by a Tensor processor, but it maybe a mid-range chipset. Other rumours indicate that the device has a Qualcomm Snapdragon 778G processor. The handset could come with 6GB/8GB of RAM, 128GB of internal storage. It may retain the Pixel 6’s 50MP camera, with the Samsung ISOCELL GN1 sensor.

Google did not bring the Pixel 5a to India, so we are not sure if the Pixel 6a will arrive at our shores. We will keep an eye out for more news regarding a launch date for the phone.