Several new press render images of the upcoming HTC Sailfish Nexus were leaked on Chinese social network Weibo (via). These images give us the best look of the device yet. 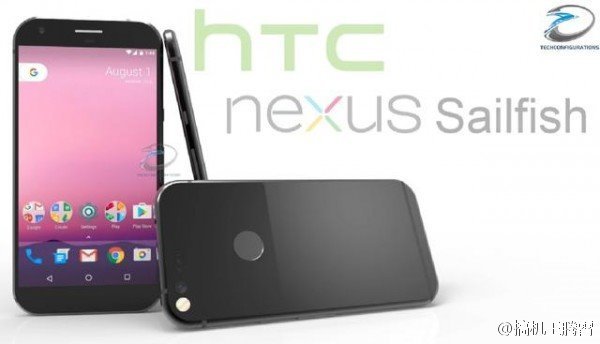 The photo shows the Sailish Nexus with the new Nexus launcher, as can be seen from the G tab on the left, which replaces the enormous Google Search Widget.

The navigation bar buttons are still the regular ones, and not the white filled which some reports say could be the final version. It could be, we just don’t know for sure. Also absent is the multi-colored flower home button, which we kinda liked.

The front panel has the hideous loking bezels, which according to some comments on redit and Google+ suggest are a result of a recycled design (from the previous Nexus). But it still doesn’t make sense, considering that even last year’s Nexus phones had a fingerprint scanner on the back panel, just like the Sailfish Nexus has.

ALSO READ:  A quick explanation of what's new in Android 11 and list of devices which are eligible for Android 11 Beta

Speaking of which, the back cover has a dual look, with the upper portion having a patterned texture which houses the ain camera and LED Flash, whilst hiding the antenna line, while the lower one, sports a metallic finish. The leaked render hints that the Sailfish Nexus will comes in three colours: Silver, Black and Gold.

The Sailfish Nexus does have a USB Type-C port along with bottom facing speakers,  and a 3.5 mm audio jack on the top, as we have seen from a previous leak.

The HTC Sailish Nexus will be launched sometime during the next few months, possibly in late September or early October.