How to fix JioJoin (Jio4GVoice) not working on Android 7.0 Nougat

Now that Jio is right around the corner, you may be getting your free SIM card soon, to avail the Jio Welcome Offer, which will give you free calls, data, and other services until December 31st, 2016.

What many of you may not be aware of, is that the JioJoin app, which is required for making HD calls on non-VoLTE phones, does not start up on Android 7.0 Nougat.

Everytime you try to open the app, you will be greeted by the a message which says “JioJoin keeps restarting” and an option to close the app. The problem is not that the app is not compatible with Android 7.0, but a broken setting in it.

I have two phones, a Redmi Note 3 (Cyanogenmod 13 based on Android 6.0 Marshmallow) and a Nexus 6 running on Android 7.0 Nougat DP5. The Redmi Note 3’s ROM is missing the bands required for Jio to function on it, but the Nexus 6 works with Jio wonderfully.

Opening the JioJoin app for the first time on a Marshmallow phone, will let the app prompt you to enable some permissions for the app to function properly. Only after you allow these, will JioJoin work on your phone. On Nougat, the app crashes right before the permissions request, so here’s how to fix JioJoin to work on Android 7.0 Nougat.

1. First download the JioJoin app from the PlayStore, on to your Android 7.0 device, which has the Jio SIM card in it. 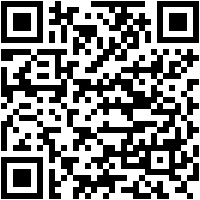 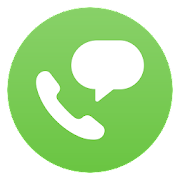 2. Now, go to Settings > Installed Apps > JioJoin. Or, if you are using a third party launcher app like Nova Launcher, long press on the JioJoin shortcut, and select App Info.

3. Scroll down to permissions and tap on it, and enable all of them.

4. Open the JioJoin app, and et viola! it should work perfectly on Nougat now. The only thing you have to do is grant an extra permission, which the app will prompt for, i.e., to modify system settings. Do so, and it will work fine.

I tested this on my Nexus 6 and used the JioJoin app today, to call 1977 to tele-verify my number for HD calls.

Reliance JioJoin is now Jio4GVoice. The steps given here apply to the newer version of the app too.

Oppo Reno4 and Reno4 Pro with 5G announced in China