Google has published an update for its namesake keyboard app, to add support for more themes and custom backgrounds, finally. It is about time the Google Keyboard offered a bit of customization. 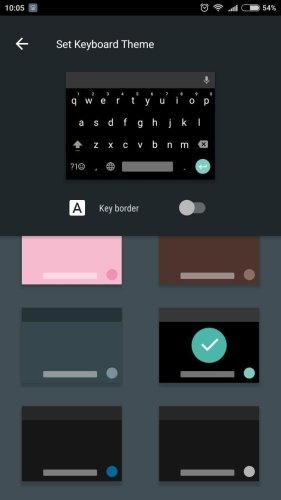 Though it does not allow you to pick your own colors, the update is certainly good, as it adds 15 color themes, as opposed to the measly 2 it offered prior to the new version’s release.

Google Keyboard with themes, originally debuted for Android 7.0 Nougat, but now works on all devices. You can find the option to switch themes, directly in the main screen of the app’s settings, (earlier it was under Settings > preferences). 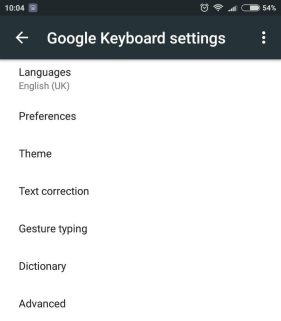 The more interesting option, to add your own custom background to the keyboard can also be found under the Theme option. Hit the image selector on the top of the themes screen, and select an app to pick your image.

You will then be able to zoom in/out to scale the image, adjust the brightness and et voila, your new theme is ready.

The Google Keyboard 5.1 Update is already available at the Play Store, so hit the link above, or manually check for an update using your device.