Android Nougat will soon let you Quick Reply from the Lock Screen. No this is not exactly a new feature. The option to reply to notifications from the lock screen was originally available in the very first developer preview of Nougat released this year, or Android N as it was known at the time. 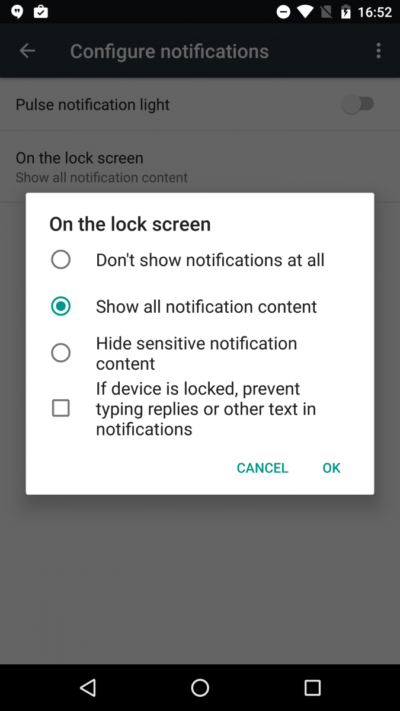 The option was available until Developer Preview 4 too, but when Google released the final developer preview, i.e., DP5, the feature was removed for unknown reasons.

Not many users will like this feature, for it does step over the line of privacy and security. That is exactly why Google had it as an optional feature. It is possible that it had been removed for security concerns or bugs. But the option is set for a comeback, according to a Twitter conversation spotted by XDA. The chat between a user who asked the SVP of Android, Hiroshi Lockheimer, who in turn asked the Director of UX for Android, Glen Murphy for his opinion.

Murphy tweeted his reply confirming the return of Quick Reply from the Lock Screen, saying that Google plans to bring it as soon as it can. Now, he didn’t mention how soon “soon” exactly is, but he could have been talking about Android 7.1 Nougat, which is supposedly a maintenance release said to be in the works.

Android 7.1 Nougat is tipped to bring the Nexus launcher, Google Assistant (integrated into Allo). We speculate that Android 7.1 Nougat will be released alongside this year’s Nexus devices, the HTC Sailfish and the HTC Marlin.