Xiaomi Mi 5 was launched in April 2016, followed by Mi 5s launch in October. The successor to Mi 5s i.e. Mi 6 is still months away from the official launch and any official information about that flagship device is not yet revealed by the company. Rumors have started to float around on the web about possible technical specifications though the rumors are far from credible.

Today Androidpure has spotted an image on Chinese social network Weibo, which is allegedly the upcoming Xiaomi Mi 6 prototype and show the device in full view including the front display in powered on condition and the back panel image. 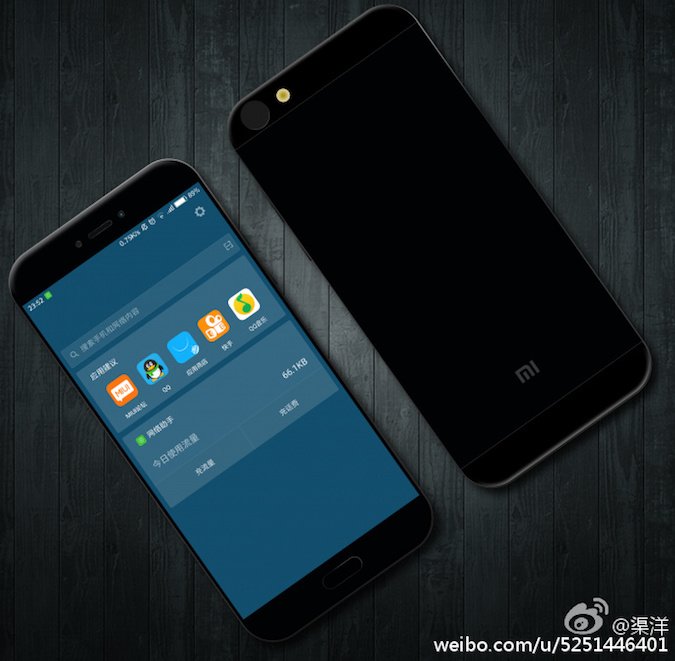 We can see the device in black color with uni-body metal design, small bezels at top & bottom along with an oblong home button on the front, possibly with an integrated ultrasonic fingerprint sensor. The back panel shows the slot for camera at the top (without the actual camera) & LED flash and MI logo at the bottom of back panel. The Antenna lines appears to be hidden  or seamlessly integrated at the top & bottom of the back panel.

ALSO READ:  MIUI 12 announced in China - more privacy controls, cleaner UI and more, plus the list of devices which will get it

At the moment, we do not know have any details about the hardware specifications or even a possible launch date of Mi 6. Also, Prototype devices are bound to undergo minor /major modifications till official launch or may even get trashed fully. As with any other leak, take this with a pinch of salt. Stay tuned at Androidpure and we will keep you updated.