Xiaomi Mi 10 to launch on February 13th; here are some of the confirmed specs

The Xiaomi Mi 10 launch date has been revealed by the company. The next gen flagship will be announced on February 13th in China. 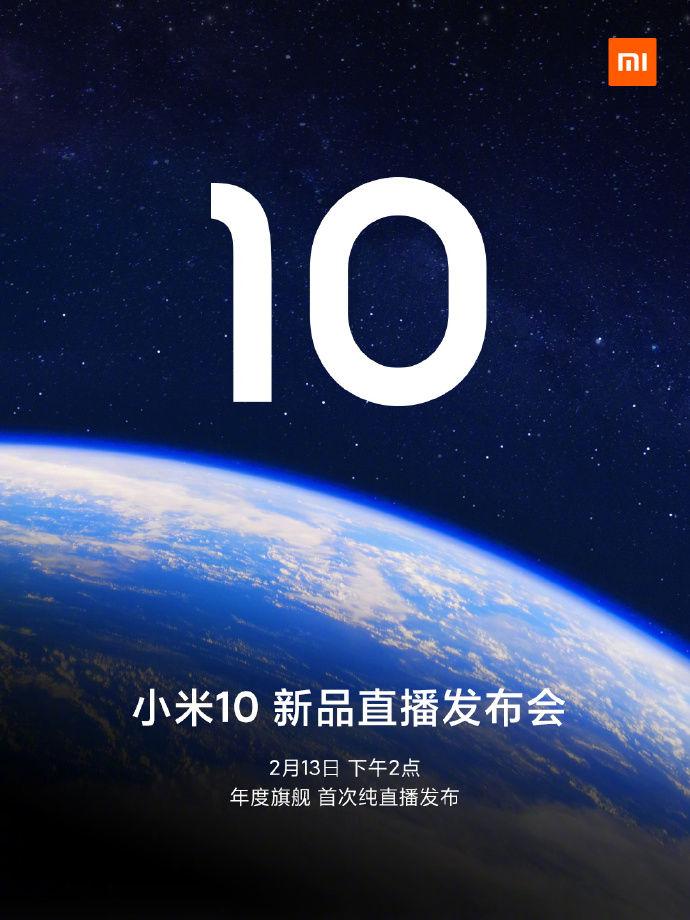 Some of the device’s key specs have already been confirmed by the company, ahead of the event. 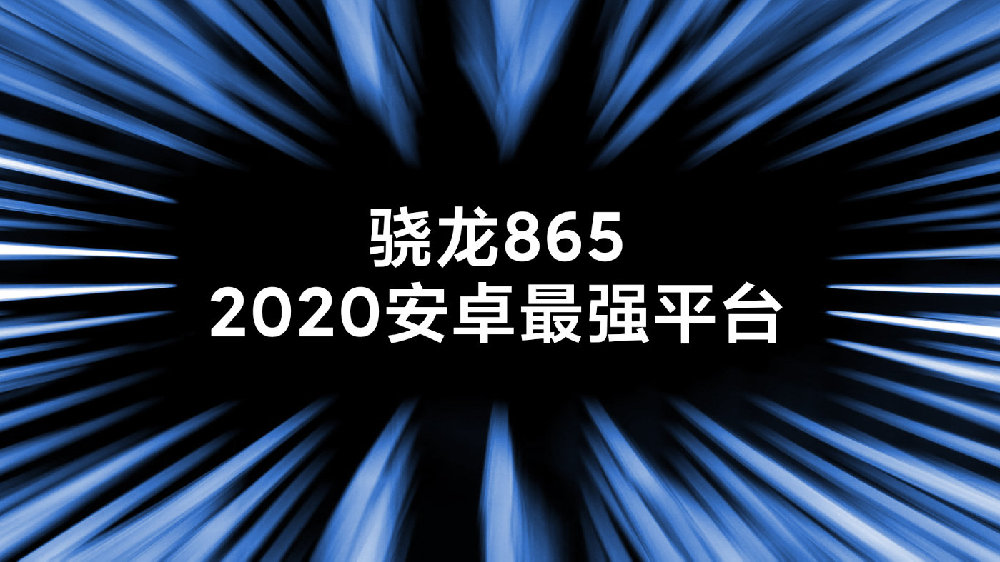 The Xiaomi Mi 10 will be powered by a Qualcomm Snapdragon 865 processor, with LPDDR5 RAM and UFS 3.0 Storage. The device will support 5G mobile networks and WiFi6 wireless networks.

The company’s Deputy GM, Zhiyuan Zang has Tweeted a press render that shows the phone’s design. 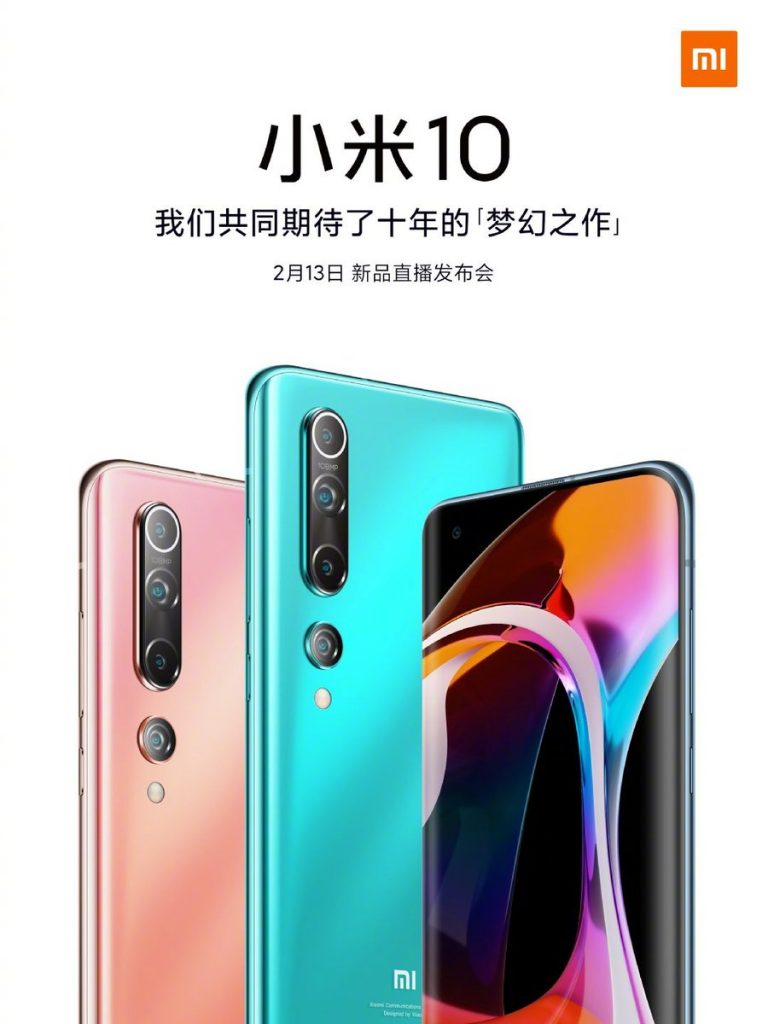 The Xiaomi Mi 10 sports a curved display with a punch-hole selfie camera and narrow bezels. There is an ear-piece up top, and antenna lines on the sides. The power button and volume rocker keys are located on the right edge of the frame.

The main cameras on the Mi 10 comprises quad lenses which are arranged vertically. One of the lenses is placed outside the camera bump, with an LED flash below it.

The primary lens is a 108MP camera, which no do doubt is the Samsung ISOCELL Bright HMX sensor, which the company also featured on the Mi Note 10 that was launched last year. The absence of a fingerprint scanner on the rear all but confirms that the Mi 10 will be equipped with an in-display fingerprint sensor.

Will the Xiaomi Mi 10 make its way to India? We’ll have to wait and see.