A couple of weeks ago, we reported that Google Play now has a Promo Code system, using which developers can give users a permanent paid version of their app or game for free. 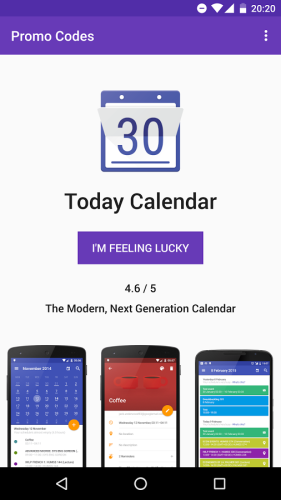 But very often these are contests which you may miss thanks to an extraordinary number of users, or simply because of the time difference when the promo may take place.

Fortunately, there is a new app called Promo Codes, which gives you a chance to win a promo code for a quality Android app. All you have to do is simply download the app from Google Play, and check it once a day. If you win you will get a promo code to redeem on Google Play, if you didn’t win, Promo Codes will redirect you to the Play Store page of the app which was being promoted.

Google Play Store could handle Android Updates in the future 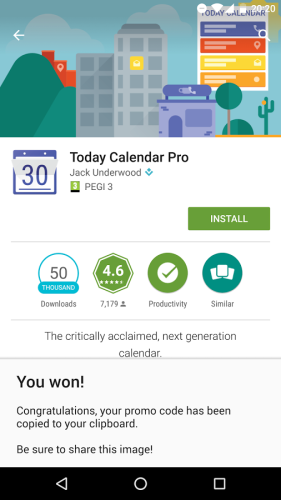 Thanks for the tip Jay.