If you woke up to a notification from Twitter on your phone’s status bar which said “You have been logged out from your account”, you are not alone.

The Twitter for Android app kicked millions of users out of their account today, due to a bug in the app.

And it gets worse, the app doesn’t let people re-log in, or even sign in for the first time.If you try re-logging in, you would get a message which says “An error occurred when logging in. Please try again later.”

A Twitter user, Ninji,, found out what went wrong. Apparently, the Twitter servers thinks its 2015 already, and since the date would not match the one on the device where the app is installed, the log-in attempt would fail.

I MITMed Twitter for Android's login to see why it was failing.

The social network has acknowledged that there is a sign in issue, and that their engineers are working on it. 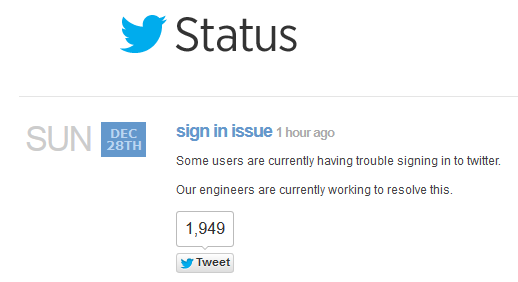 You can still use Twitter from your PC’s web browser.

Update: Twitter has fixed the bug and now you can login on your Android app without any issues.