Sony has always been known for being somewhat of an odd duck, when it comes to the design of its phones. But we think the company may have reached new heights, that’s what these Sony Xperia XA3 leaked renders suggest. 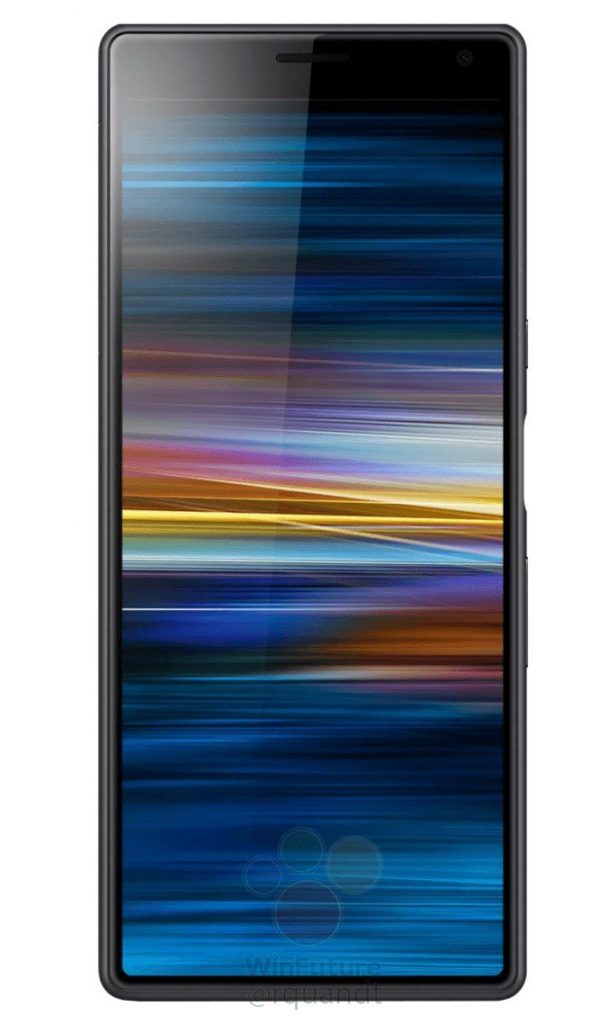 The phone could have a Full HD+ display, with a resolution of 2560 x 1080 pixels. The display could be 5.9-inches, but it may look bigger because of the aspect ratio.

This is where Sony has done something really unusual, the Sony Xperia XA3 leaked photos show a 21:9 aspect ratio display. In case you didn’t know, that’s the aspect ratio of TVs and monitors.

The evolution of the iPhone X notch, which Android OEMs copied, was eventually replaced by the dew-drop notch, and we now have all-screen phones which use a sliding mechanism or a pop-up selfie camera to max out the screen to body ratio.

Back to the Sony Xperia XA3 leaked pictures, it is a phone which uses a monitor’s aspect ratio. So it is clearly meant to be an entertainment device, i.e. to watch videos, which we all normally do in landscape mode. There are some another oddities here, the massive forehead on the top of the device is an eyesore.

But the chin is virtually non-existant, and so are the side-bezels. Moving on to the back panel, the Sony Xperia XA3 leaked renders reveal a dual camera set up which reportedly consist of 23MP and 8MP lenses and a Dual LED flash.

The device is equipped with a USB Type-C port, which can be used to charge the 3,500 mAh battery.

The phone is said to be powered by a Qualcomm Snapdragon 660 processor, with 4GB of RAM and 64GB of storage. The Xperia XA3 will sport a side-mounted fingerprint scanner, the SIM tray and a power button on one side of the frame, and a long volume rocker on the other. There seems to be a 3.5mm headphone jack on the top of the phone.