The Realme X50 5G  launch date has been confirmed in China. The device will be unveiled in the first week of the New Year. 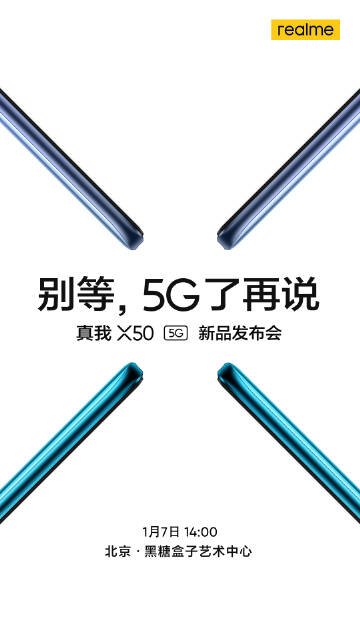 The company took to Weibo today, to share the announcement. The Realme X50 5G is set to launch on January 7th.

Thanks to some previous teasers, we do know about the device’s key specs. The X50 5G will be powered by a Snapdragon 765G processor that was announced a few weeks ago by Qualcomm. 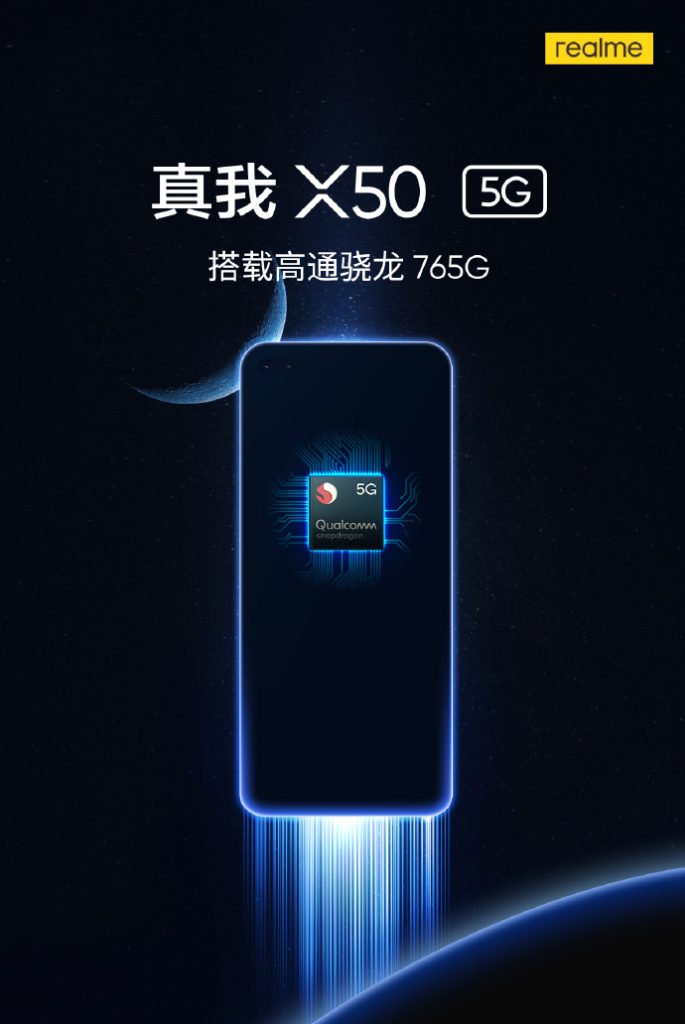 Realme UI 2.0 based on Android 11 announced; here’s everything you need to know about it

The device of course true to its name, will support 5G mobile networks. It will support Super VOOV 4.0 fast charging like many of the company’s recent phones, such as the Realme X2 Pro, Realme X2, Realme XT  to name a few. The X50 can be charged up to 70% in 30 minutes, and considering that it has a 4,000 mAh battery, that’s really fast. 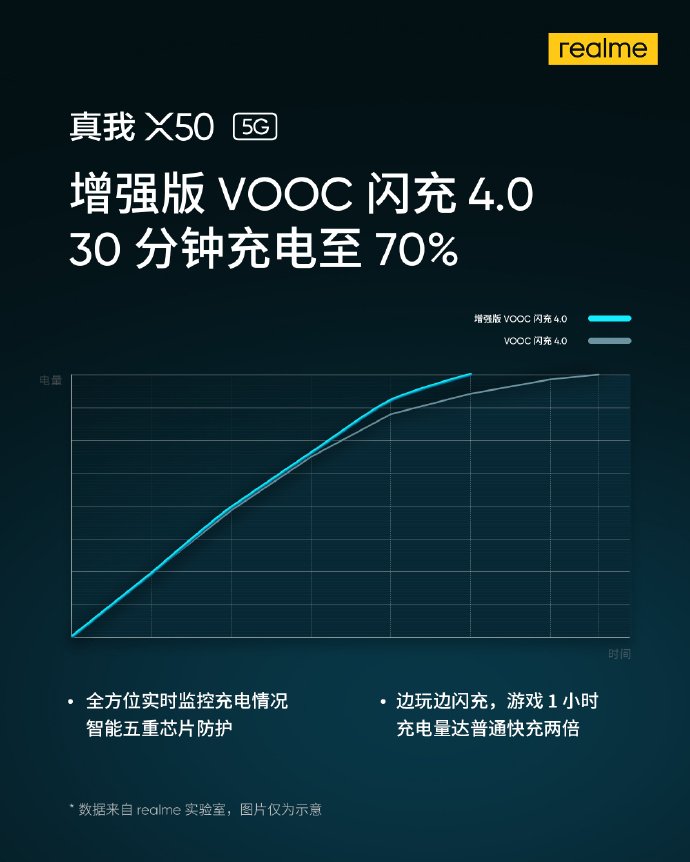 The company has also been touting that the X50 5G will be equipped with a copper pipe for liquid cooling, which means it is a gaming phone and it won’t get hot as easily. 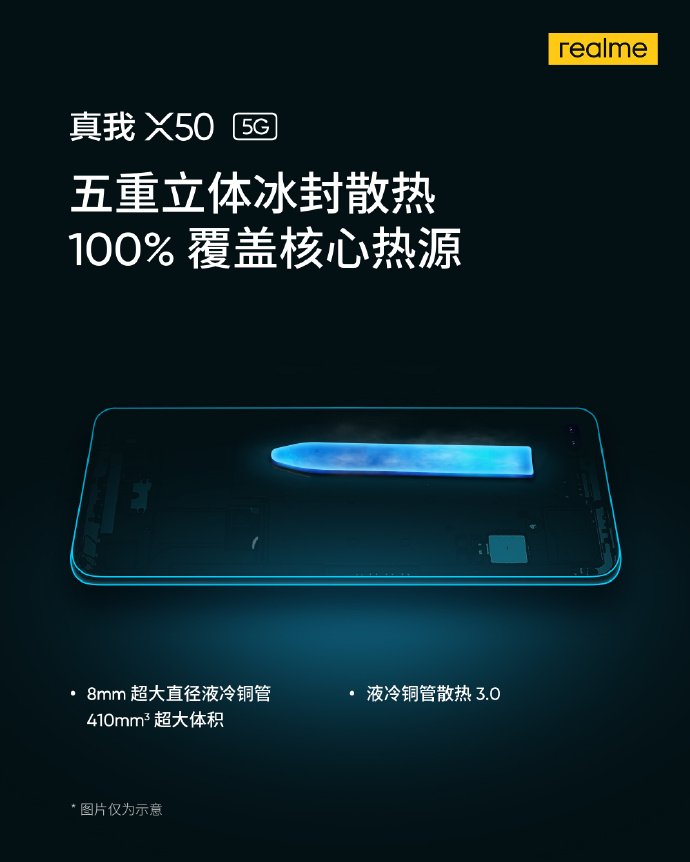 The Realme X50 5G could have a dual punch-hole display with the two selfie cameras placed at the top left corner of the screen. 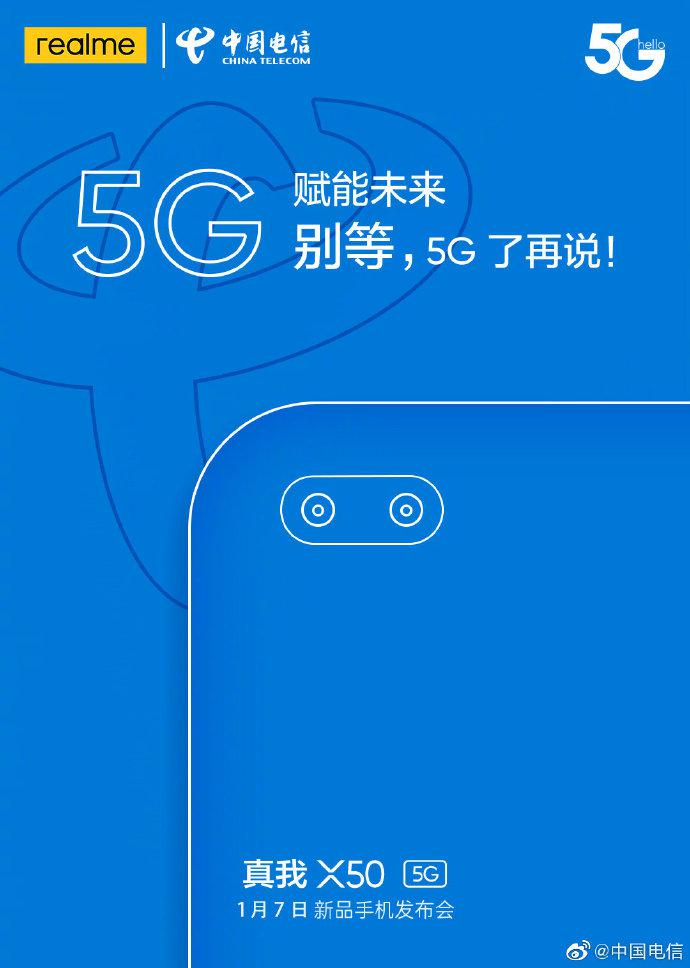 The placement of the lenses does look a bit odd, but we can only confirm this when we see a render of the device’s design.

Realme seems to be prepping for 2020 with an interesting phone, which if history is any indication, will be the first of many devices that we will see from the OPPO sub-brand.