Realme X2 price in India leaked ahead of launch

While the company is busy prepping to launch the device tomorrow, the Realme X2 price in India has been leaked already. The pictures appear to be taken from an on-stage rehearsal for the event. 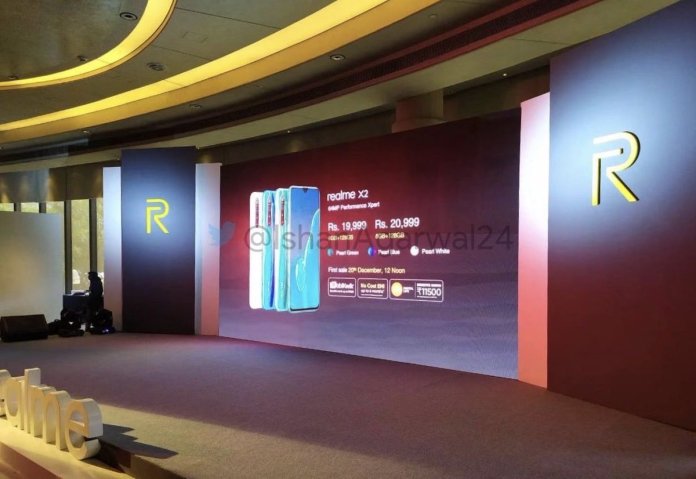 And without further ado, let’s see what the photos have to say.

Since the X2 has been launched already in Europe, here’s a recap of the device’s specs. 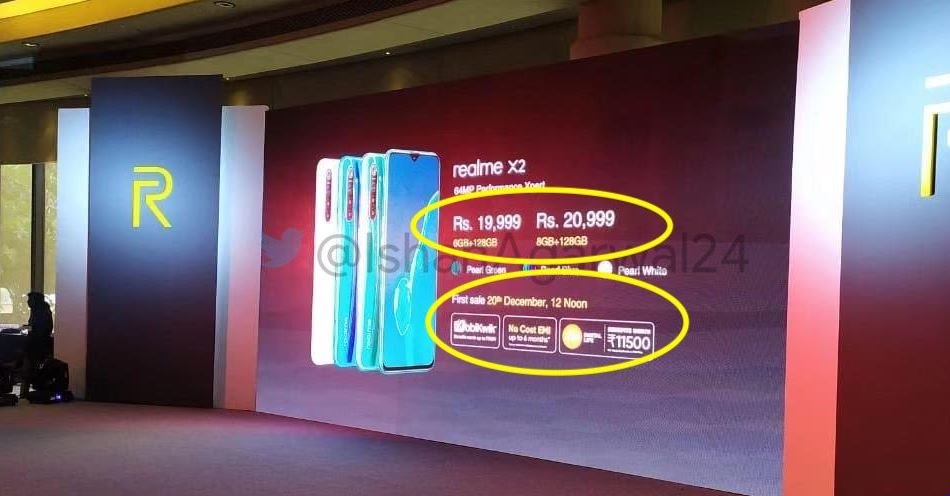 According to another photo from Ishan Agarwal, the device will be available for purchase at 12PM on December 20th. The Realme X2 price wasn’t the only thing that was leaked.

We’ll update you with more information when the phone is launched officially tomorrow.

Samsung Galaxy A51 and Galaxy A71 launched in Vietnam