Poco India has begun teasing the launch of a new phone in India. We think that it may be a hint for the Poco M2 Pro India launch. 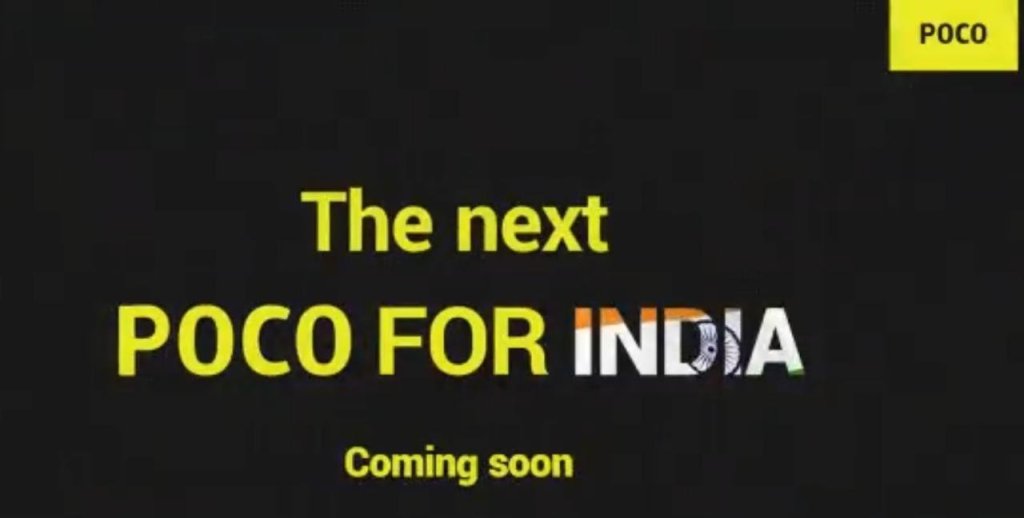 The company posted a video on Twitter, that highlights Poco’s success in India. But at the very end of the video, it displays a teaser. It says “The next Poco for India” is coming soon.

Is it teasing the Poco M2 Pro India launch ?

It’s worth noting that it doesn’t say the next Poco is coming soon, but the next “Poco for India” is. This probably means a device that will debut in India, which is why we believe it is a teaser for the Poco M2 Pro India launch, and not the highly anticipated Poco F2 Pro.

The Poco M2 Pro moniker surfaced on none other than Xiaomi India’s website, about a month ago. So, the chances of the phone’s imminent launch are pretty high. Some reports claim that the Poco M2 Pro will be a rebranded version of the Redmi Note 9 Pro.

Anything is possible, because the Poco F2 Pro that the company announced last month turned to be a rebranded version of the Redmi K30 that was launched in China.

The Poco M2 Pro India launch isn’t all that’s new from Xiaomi, because it is also planning to announce its first laptops in India, under the Mi branding on June 11th.