Oppo is set to officially unveil Oppo F9 on August 15 in Taiwan followed 21st August in India as Oppo F9 Pro. We have already reported exclusively on the hardware specifications of Oppo F9 few days back with all the details of the device except the price. We have already seen official renders of Oppo F9 that was teased through the company official social media channels. In our opinion, both the Oppo F9 and Oppo F9 Pro devices are the same in every aspect though, are named differently for different countries. How credible our opinion is, we will only know when it gets officially launched. 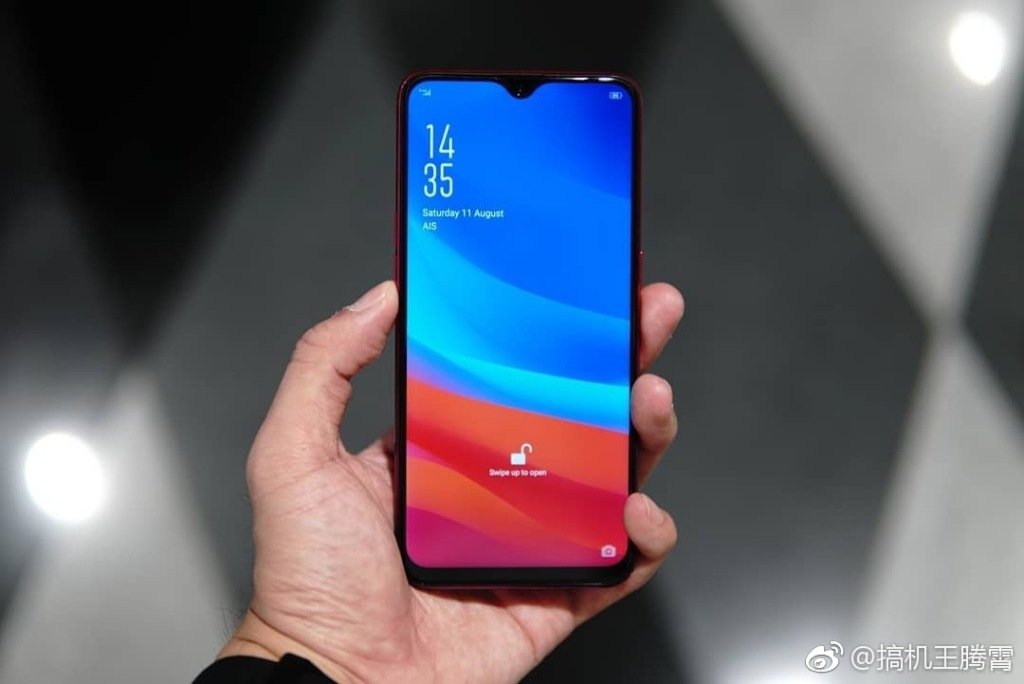 Today, a new set of real-life images of Oppo F9 has surfaced on the web which gives us a sneak peek of how the upcoming device looks like. These images match with the official renders and show a tiny waterdrop notch at the top of the display, narrow bezels at the bottom and almost negligible bezels at sides.

On the rear, the dual camera module is aligned horizontally at the top along with a LED flash adjacent to it. The fingerprint sensor is placed at the conventional position on the rear with an oval shape in the vertical direction. The images show two color options as we reported earlier i.e. Red Sunshine and Twilight. These images also confirm that there is no in-display fingerprint sensor in these devices.

Oppo F9 features a 6.3-inch FullHD+ Waterdrop display which runs on ColorOS 5.2 based on Android Oreo. Under the hood, it is powered by the MediaTek Helio P60 processor with AI features support and has 4GB of RAM plus 64GB of storage.

Oppo F9 Pro has a dedicated memory card slot that supports up to 256GB in addition to Dual SIM card slot and is backed by a 3500 mAh battery.

In terms of photography, the Oppo F9 Pro boasts dual rear cameras with a 16MP primary lens and a 2MP secondary lens with a f/1.85 aperture. Oppo continues with its self-imposed selfie-centric trend with a 25MP front camera which has a f/2.0 aperture.

List of HTC devices which will get Android Pie announced