An alleged OnePlus Z benchmark has been spotted on Geekbench. It reveals some key specs of the upcoming mid-range device. 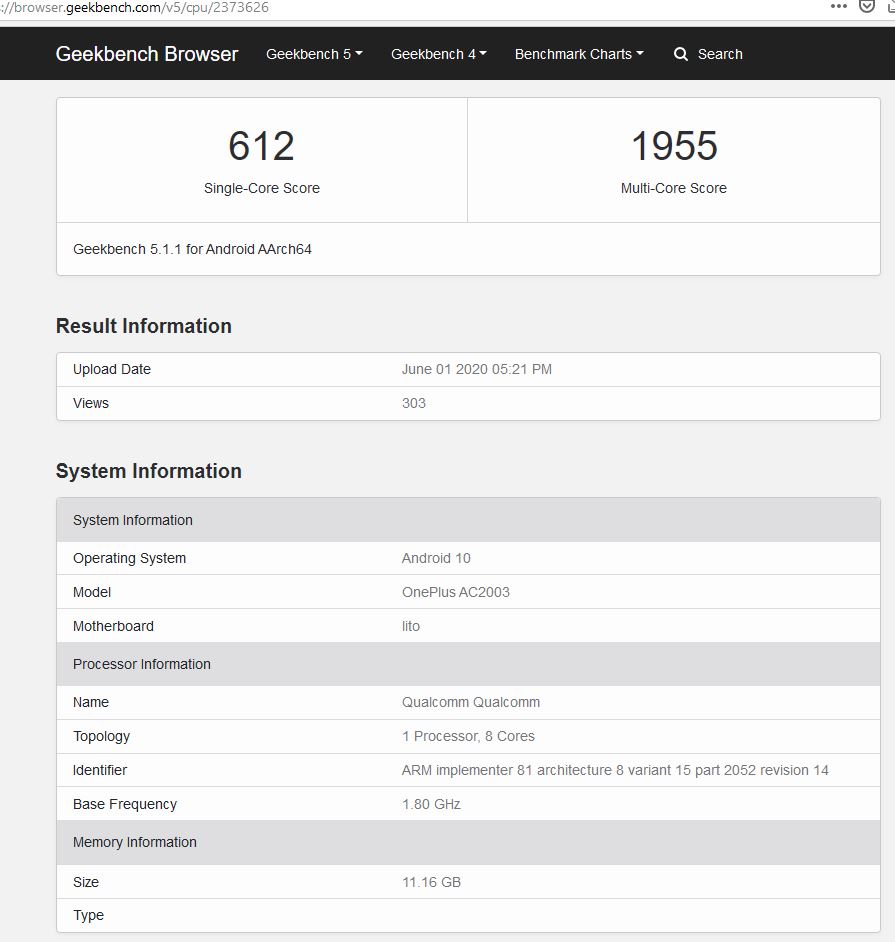 According to the listing, the device runs on Android 10. That isn’t remotely surprising, and it probably runs on OxygenOS like the other phones from the company.

The OnePlus Z benchmark tells us that the model number of the phone is OnePlus AC2003. The device is powered by an octa-core Qualcomm Snapdragon processor clocked at 1.80GHz. It could be the Qualcomm Snapdragon 765G although rumours suggested that it could be using the MediaTek Dimensity 1000 chipset. A leak claimed that the OnePlus Z could be equipped with a flat display and a punch-hole camera.

There is no way to confirm that the benchmark came from the actual device. People can edit the phone’s build.prop to make a device be recognized as something else. So, take this with a pinch of salt. OnePlus is yet to announce any plans for launching the OnePlus Z, we’ll keep a weather eye on the horizon for more information.