An iQOO 3 TENAA listing has popped up giving us some of the device’s key specs. This could be the flagship phone with 5G that has been teased by Gagan Arora, the brand’s Director in India. 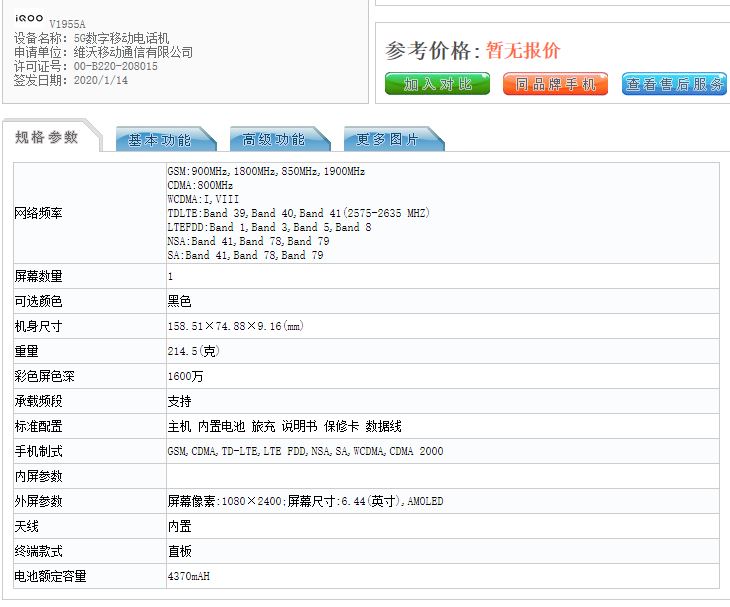 The phone sports a 6.44-inch AMOLED Full HD+ display with an in-display fingerprint  scanner. It runs on ColorOS 7 based on Android 10 and is powered by a 2.84GHz Octa-core processor, which could be a Qualcomm Snapdragon 865 processor.

The iQOO 3 specs sheet says that the device will be available with 8GB/6GB/12GB of RAM, and 128GB/256GB of storage. The phone is backed by a 4,370mAh battery which supports fast charging. According to rumours this maybe 55W Fast Charging.

The TENAA listing also throws light on the camera department of the iQOO 3 specs, which comprises a quad camera array. The lenses consist of a 64MP primary lens that’s assisted by a 13MP secondary camera, another 13MP lens and a 2MP sensor. We expect the lenses to include an ultra wideangle camera, a depth sensor and a macro lens.

According to a recent tweet by Arora, the iQOO 3 will be launched this month in India. A 4G variant of the phone with a different processor has also been confirmed, and speculation suggests that it could be a Snapdragon 855+ device.