Yesterday, we reported that that the Google Now Launcher had been released for Nexus and Google Play Edition devices. 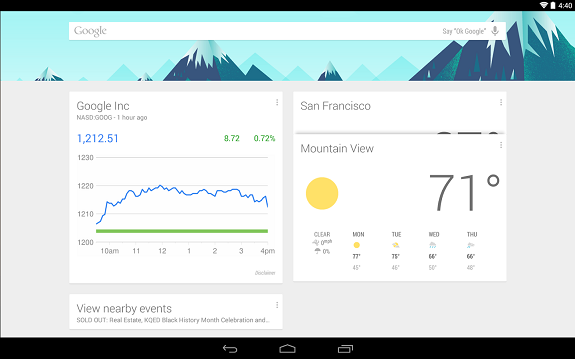 You can also install the app on any device running Android 4.4 KitKat, Here’s how to do that.

First make sure that you have the latest version of the Google Search app (3.2.17.1009776) installed on your device. If not, update it from the Play Store app on your device.

In case, you don’t have the Search app installed, just hit the widget below to download it.

Now, download the Google Now Launcher APK from this link. Install the app using any file manager on your device.

That’s it, you are done.

The launcher acts as a stub app, and uses Google Now for its homescreen. That’s how you get the Google Now Cards when you swipe towards the right.

I tried the “Ok Google” hotword on my Moto G and it works flawlessly.

Swordigo, the hack-n-slash platformer hits the Play Store, free for a limited time