Humble Bundle is back with another exclusive Android game bundle, with Humble Mobile Bundle 21, and it does feature some interesting games,  including a real time tactics game, and one where you play as a crazy goat. 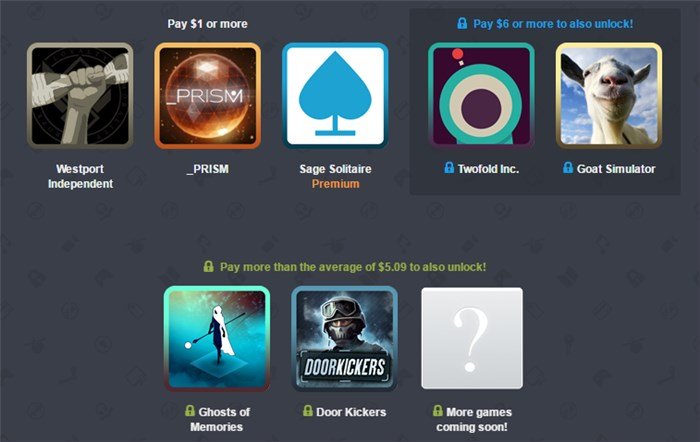 Let’s take a look at what you can get for dirt cheap, shall we?

The first tier, which you can get for a minimum of $1 gets you the following games:

A censorship simulator, where you play as the editor of a newspaper, set in a post-war time. You have to decide what the people want to read, while keeping the Government happy too.

It is a geometrical puzzler, which in my opinion is a bit on the short side

This version unlocks the $3 premium package, which unlocks all modes in the game. You can read our hands-on review of Sage Solitaire to decide if it is your cup of tea.

Beating the average price (currently at $5.09) will unlock two extra games (and more when they are added next week).

An adventure puzzle game with Monument Valley style graphics. There is a free demo which you can try.

A real-time strategy game, where you control a SWAT team. This is probably the best game in the bundle, and with its stealth/gung-ho playing styles, with the weapon/equipment customization. There are 80 missions, 6 campaigns, and the added bonus of a random mission generator gives Door Kickers an incredible replayability value. I play the game on Steam and GOG

The third tier, priced at $6 will unlock all games in the bundle, granting you two extra games:

It’s a challenging puzzler from the developer of the popular strategy game, rymdkapsel.

I am not going to describe the game here, you know what it does.

Altogether the games, normally cost around $26, but you can get them all for $6, which is a real steal. Buy the Humble Mobile Bundle 21 from the official website, and feel happy about contributing to charity. Since the bundle has multiple games from Coffee Stain Studios, we are guessing that the BTA tier will get the other Goat Simulator games, and hopefully we will see rymdkapsel as well.

Oppo R9S and R9S plus Specs, Render leak; Snapdragon 653 with 6 GB RAM to power R9S plus