A couple of Huawei P40 Pro leaked renders have surfaced on Twitter. The pictures show a stunning phone.

The P40 Pro has dual punch hole selfie cameras, placed in the top left corner of the screen. The screen is nearly bezel-less with curved sides, and if you observe closely, you’ll see that the display is also curved on the top and bottom.

The volume rocker and the power button are on the right edge of the device’s frame, which appears to be metallic. The Huawei P40 Pro leaked renders confirm that the device does not have a 3.5mm headphone jack. It will use the USB Type-C port for audio, data transfers and to charge the battery.

Moving to the back panel, the Huawei P40 Pro has an oblong vertical bump that houses 5 cameras and an LED flash. Three of these lenses are on the left and inside a vertical strip, while the other sensors are on the right for symmetry. 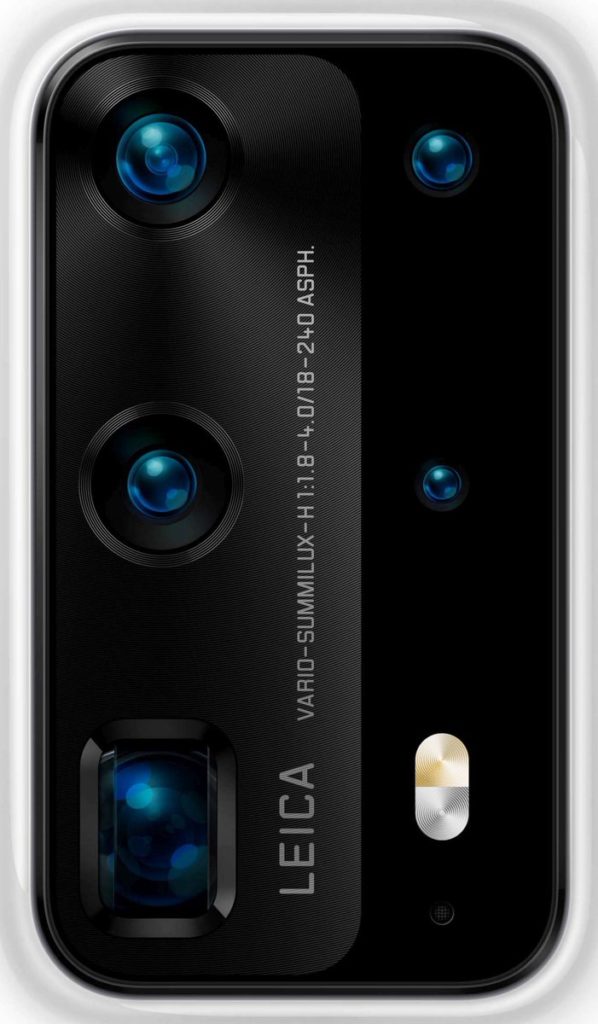 According to Evleaks, the phone seen in the Huawei P40 Pro leaked pictures have a ceramic back panel.

The Chinese OEM may be forced to launch the phone sans Google Services, because of its issues with the US Government. If history is any indication, we may see the Huawei P40 Pro announcement sometime in March, and we wouldn’t be surprised if the phone is unveiled in Paris, like the last two gens have.