The Huawei Nova 5 has been partially revealed by the company ahead of the launch event. The front panel will feature a water-drop notch display. 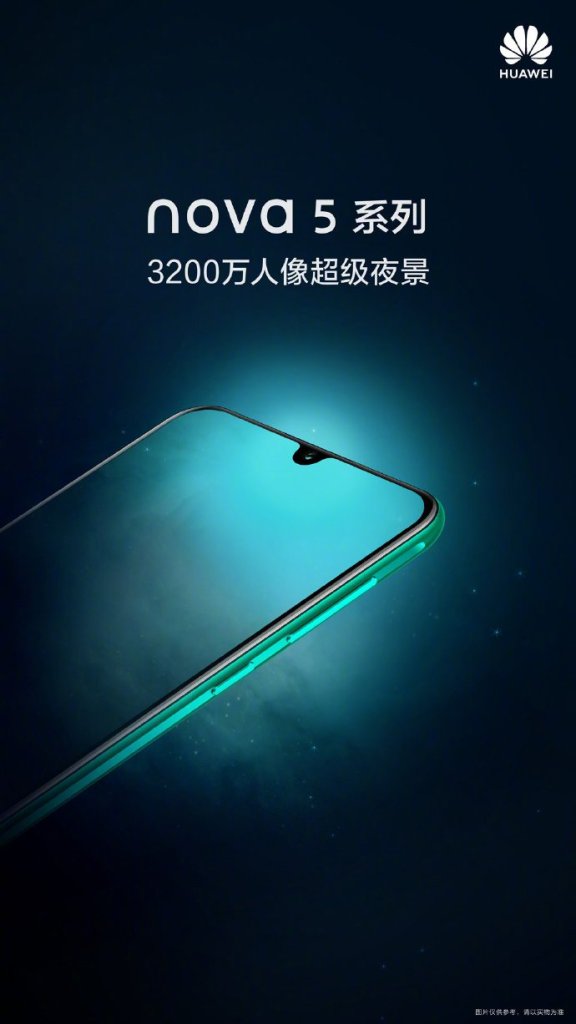 And the selfie camera that is housed in the notch, is a 32MP sensor. That’s what the messagemessage posted by Huawei on Weibo says.

It also mentions night time recording, which could either be a bad translation, or might be talking about a night mode for low-light selfies and videos.

The latter is very much a possibility. The Huawei Nova 5 seems to have minimal bezels running around the display. A metallic frame can be seen in the official photo, which has the power button and the volume rocker keys.

We think that the regular variant may have a smaller battery and/or display, and maybe different rear cameras than the Pro variant. So, it is likely that the Huawei Nova 5 Pro could also be equipped with a similar 32MP selfie camera.

We only have to wait until June 21st, for the official confirmation, because that’s when the devices will be announced in China.