We already have seen Huawei Mate 9 leaks and rumors indicating the possible dual cameras of the device, a brief portion of its technical specifications, alleged renders and presence of super charge technology in the upcoming flagship from Huawei. Today, a new set of Huawei Mate 9 back panel renders with two different design sizes are leaked revealing a slightly different design for the two models / variants of Mate 9. The leak comes from the same Weibo user ichangezone who leaked the earlier renders of Mate 9. 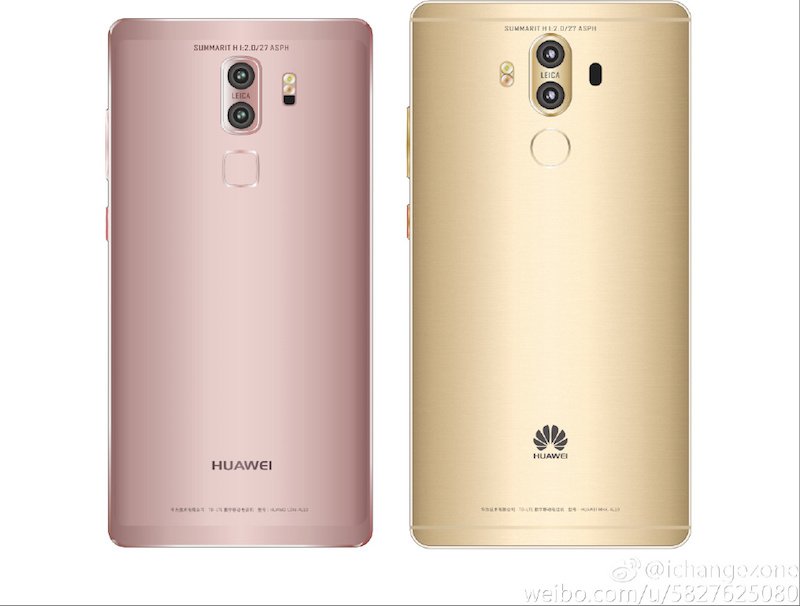 THe leaked render , reproduced above (Full resolution image can be found here) reveals that there may be two variants of Mate 9, with a slightly different design at the back. Even though both the variants may come with LECIA dual camera setup along with dual tone LED flash, yet some additional feature is present in one of the variants as seen from image. This may be perhaps the laser focus in one of the variants.

Apart from that, the fingerprint sensor located below the camera comes in different shapes for two variants i.e. one of them is a circular one while the other is a rectangular one. Similarly, we can see two different forms of Huawei logo on these devices which is quite odd.

These back panel renders come few hours after the famous leakster evleaks revealed the Huawei Mate 9, in standard and curved screen designs which look like a rip off from Samsung Galaxy Note 7 design. Evelaks has some great record when it comes to these leaks, yet we would love to see a better design from Huawei for its Mate 9 instead of using a Samsung Galaxy Note 7 design. 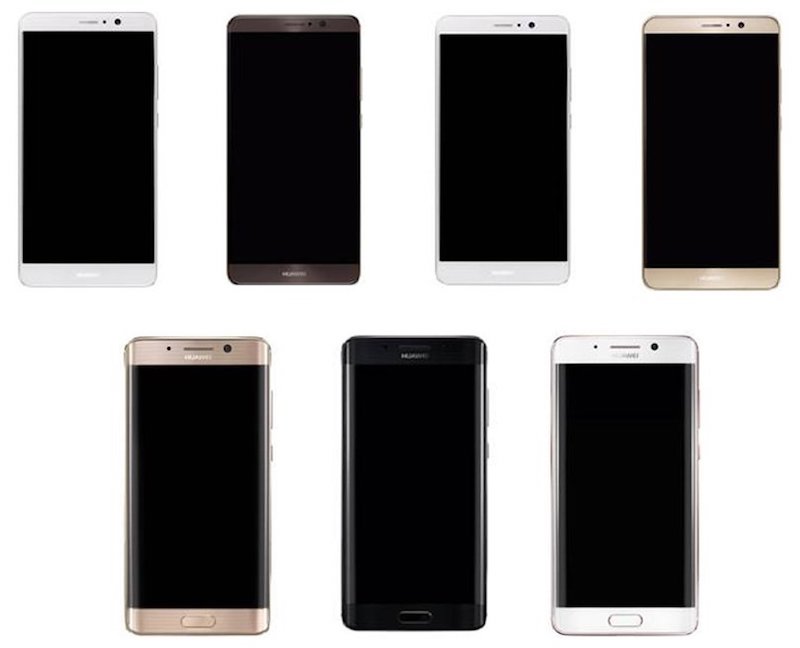 Looking at these, we may wait for some official teaser instead of believing one of these leaks.

Huawei Mate 9 is expected to be come with a 5.9 inch display, powered by 64-bit octa-core Huawei HiSilicon Kirin 960 processor  with top variant of 6 GB of RAM and 256GB internal storage. Stay tuned at Androidpure and we will keep you updated.