Honor S1 Smartwatch teased, to be launched on October 18

Honor has scheduled an event in China on October 18 and is expected to announce Honor 6X during that event. It seem though that Honor plans to announce not just the Honor 6X, but also a new device which is not a smartphone but a smartwatch.  Honor official handle on Weibo just released a teaser which indicates the company plan to launch a new smartwatch under the name “Honor S1”. THe official teaser reproduced below shows a watch image with a big “S1” written on it. The teaser at the bottom comes with a tag line of “Honor watch cited” (we translated the chinese tag line) and leave no doubt that it is a smartwatch. We can also see the date “10.18” there which means October 18 launch. 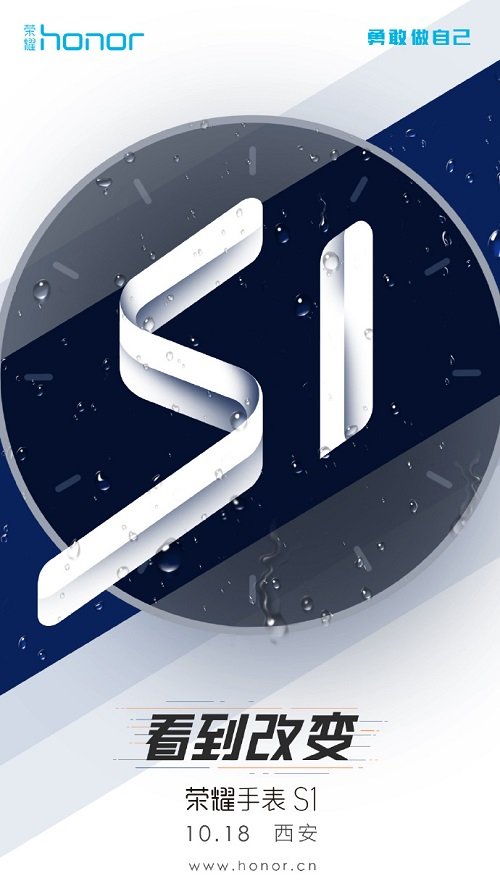 Honor at the moment in its portfolio does have a fitness band or tracker under Honor Z1, but the company is yet to announce full smartwatch and the company is set to change that on October 18. Huawei on the other hand has a Smartwatch already under its portfolio under the name of “Huawei Watch” powered by Android Wear and works with Android Phones & iPhone. It comes with 1.4 inch circular Amoled display ( 400 x 400 screen resolution) with 512 MB RAM, 4 GB ROM and is backed by a 300 mAh battery.

At the moment, we do not have any other information about Honor S1. Stay tuned at Androidpure and we will keep you updated.