Google has silently rolled out a server side update to its Play Store, which now displays the ₹ Indian Rupee Symbol for prices of Games, Apps, Books, etc. 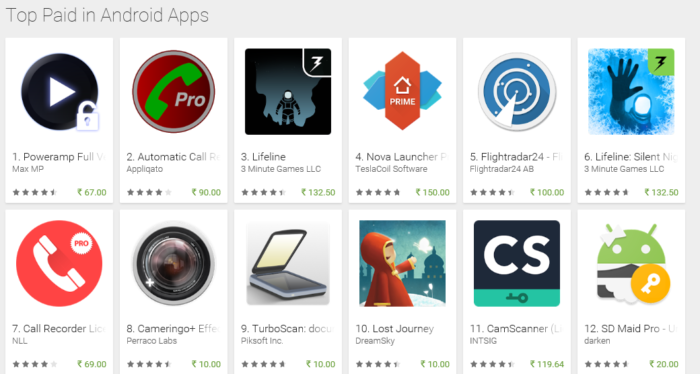 Until today, the prices of the content on the Google Play Store were displayed in the abbreviation form for our currency, aka Rs.

The ₹ currency symbol was introduced by the Indian Government in 2010, and it took Google quite a while to update to the same. It is worth noting that most websites do not display the symbol, especially those which are located in the Country.

Google Play Store could handle Android Updates in the future

PC game distribution service Steam, introduced the ₹ symbol on its store last year, along with regional pricing for India. This made PC games much more affordable in the Country. Hope Google considers doing the same as well.

Thanks Arnab for helping us confirm this.