We are just a few days away from Xiaomi official unveiling of new flagship device Mi 8 at a launch event in China on May 31. We have already seen alleged real images of the upcoming device including an alleged hands-on video & press render. Apart from these, we also have some leaks suggesting the price of base variant of Mi 8 starting at 2,999 Yuan. The latest leak came in the form of an alleged poster of the device which confirmed the notch at top of the display and the dual rear camera module of the phone. 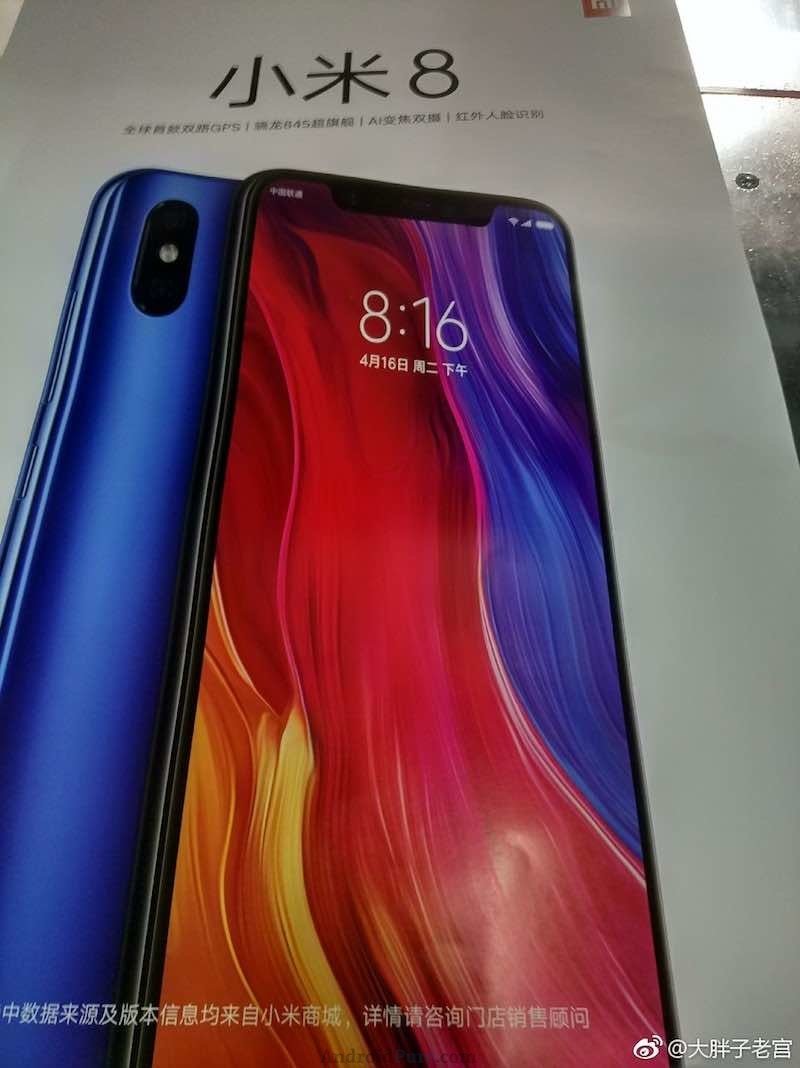 Androidpure has accessed some case renders and renders of screen protector of Xiaomi Mi 8 which confirm some of the earlier rumours including the notch at top of the display and dual camera module. These case renders along with renders of screen protector reveal some additional information, first being there is no 3.5mm audio jack (which is understandable as Mi 7 only came with a USB Type-C to 3.5 mm headphone jack adapter as no 3.5mm audio jack was present)  and second being, there is no fingerprint sensor at the rear. The absence of fingerprint sensor at rear indicate that Xiaomi Mi 8 may include the in-screen fingerprint sensor embedded under the display itself. You can also see the narrow bezels at bottom of the display.