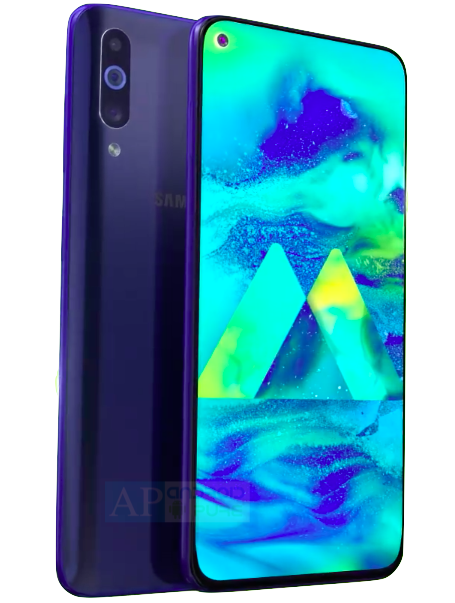 Looking at these renders, the upcoming Galaxy M40 looks similar to Samsung Galaxy A60 in terms of design. At the moment, we have no details of the specifications of the device and it would be interesting to see if they match with Galaxy A60. 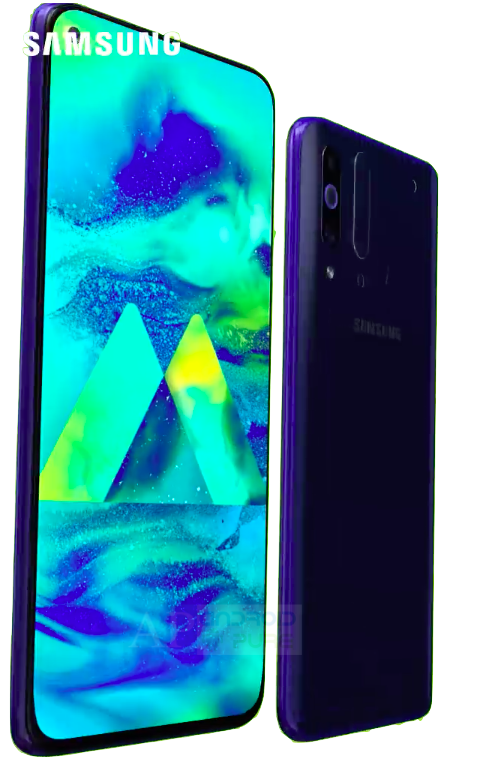 Samsung is set to announced Galaxy M40 in India next month on June 11. The company has already made the official announcement and is not keeping secrets. Samsung India portal has already unveiled a microsite for Galaxy M40 which includes some of the major design details of the device. A similar microsite is live on Amazon India which also confirms the launch date of June 11.

The microsite also reveals that Galaxy M40 features an Infinity O display which basically means a punch hole display instead of the conventional notch or a teardrop notch, as shown in the teaser image. It also confirms that the phone is powered by a Snapdragon 6xx series processor and we can assume it to be either Snapdragon 660 or Snapdragon 675.

The microsite also confirms the triple camera module at rear aligned vertically on the top left side and we can clearly see the conventional fingerprint sensor module at usual place with Samsung branding below. The teaser image calls the camera module as “Ultra Sharp Triple Rear Camera”, though at the moment there is no detail available for the camera sensors.

A Geekbench listing indicates that the phone is powered by Snapdragon 675 processor along with 6GB of RAM. It comes with 128GB internal storage and runs on Android 9.0 (Pie) based operating system with OneUI 1.1 out of the box. Rumours indicate that the phone may cost around Rs. 20,000 – 25,000. Stay tuned at AndroidPure and we will keep you updated.

Android Pie Update for Galaxy M20, M10 and M30 rolls out in India