You may have heard that Mozilla is planning to replace Firefox for Android (Fennec browser) with the Fenix browser (it’s a codename of the project, not an actual name change). But do you know the differences between Mozilla Firefox and Fenix browser? 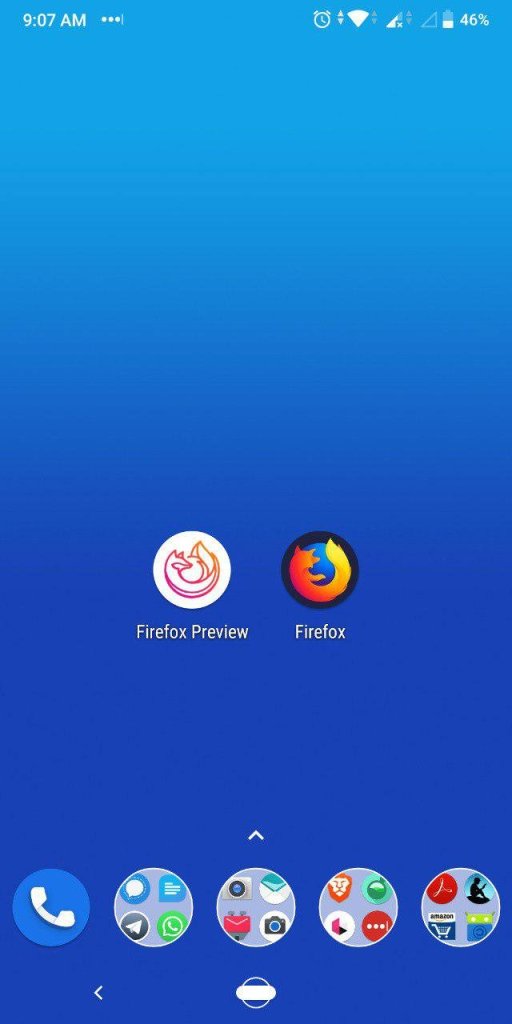 The non-profit organization has been doing a good job on Android with apps like Send and Lockbox.  But you cannot say the same about its Firefox mobile browser, which pains me to say that as a diehard Firefox PC user for the past decade or so.

Is it really surprising that Firefox for Android is getting replaced? Not really, Mozilla’s plans to do so has been well known. In fact this is not the first time we are hearing about Fenix. We reported about the browser back in July 2018.

Nearly a year later, a functioning build of the Fenix browser is available. The app is still called Firefox Preview, because its not ready yet, and also because it will be based on the best of Firefox’s features.

Firefox Lockbox for Android is now available on Google Play

Before we dive into the differences between Mozilla Firefox and Fenix browser, let’s see what the roadmap for Firefox for Android looks like. According to a support document published my Mozilla spotted by Ghacks, Firefox Fennec will reach End of Life sometime in 2020. The browser will be migrated to the ESR channel, that’s the Extended Support Release as soon as Firefox 68.1 is released.

Differences between Firefox and Fenix browser

The browser’s homepage isn’t really a homepage. It doesn’t have your most visited sites, or bookmarks, etc. Instead it shows a list of all the open tabs that you have, which makes it easy to switch to the tab that you want.

Do you see the Tab Switcher button next to the address bar (below) ? That’s actually the home button, because that’s where the tabs are listed. You can save your sessions using the Save to Collections option.

The address bar and menu behave differently when you have a tab in view. There is a share gesture in tab view, you can see the icon for it just above the address bar. Swiping above from this icon allows you to share the page, or bookmark it quickly.

The address bar is now on the bottom of the screen, finally. It’s easier to reach and it auto hides as you scroll down the page, and a single scroll-up brings it into view. That’s very convenient.

The three-dot menu on the homepage is concise. It has three options: Settings, Your Library and Help. 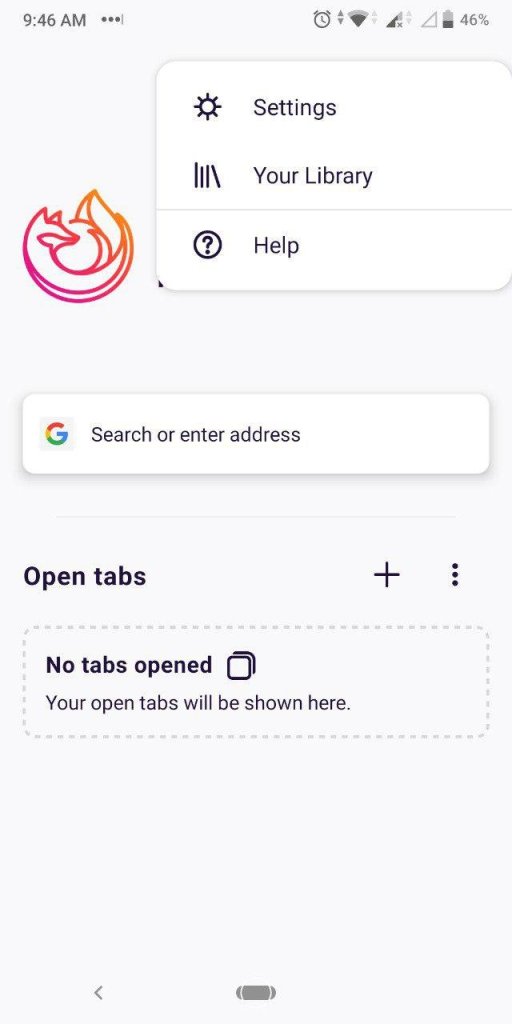 It is a drastic improvement compared to Fennec’s huge list of options, which now looks kind of ancient. 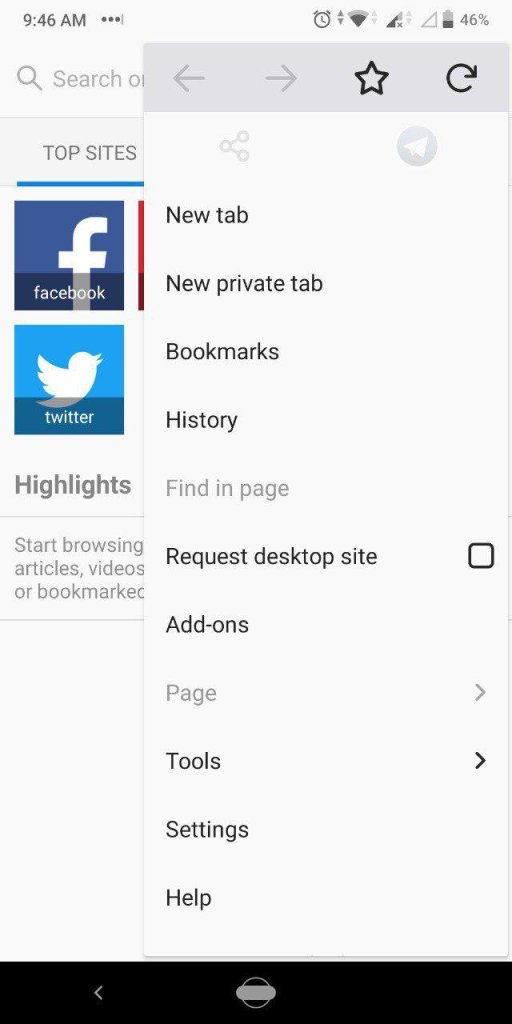 When you are in a tab however, the menu shifts to the right of the address bar (on the bottom). It has a few more options in this “mode”, like the Refresh button, Back and forward buttons, and also includes Find in Page, Private Tab, New Tab, Share, Report Site Issue, Save to Collection. 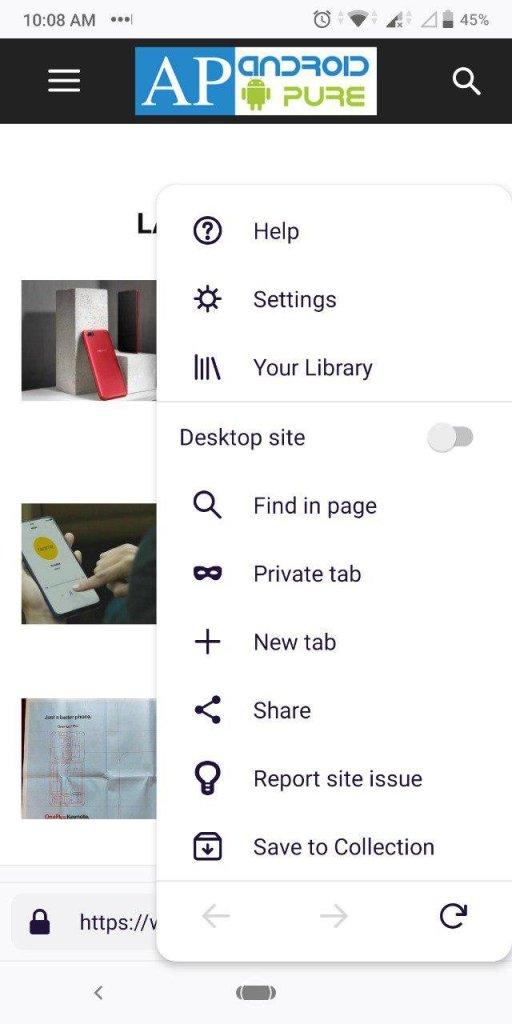 Fenix has a highly toned down settings page compared to Firefox. Firefox Sync exists for syncing bookmarks, history, etc, but that’s about what it is capable of at the moment.

You can manage site permissions for Camera, Location, Microphone and Notifications, remote debugging via USB from the settings page.

Fenix Browser has 2 themes, a light theme and a dark theme for the entire UI of the app. Websites themes and colours remain unaffeceted. The latter may be useful as it is slightly easier on the eyes.

Fenix browser has built-in adblock, although it isn’t called that. If you navigate to the app’s settings menu, you can see an option called “Tracking Protection”. This is similar to Firefox’s private browsing’s feature, which does the same, in that it blocks all content and scripts that can track you, including advertisements. 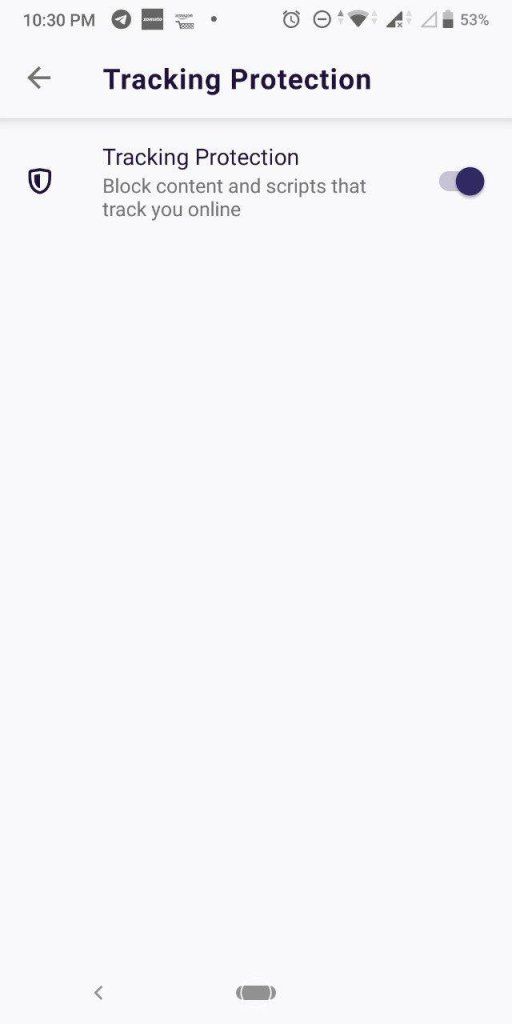 Despite that, it still has a separate Private browsing mode, that you can switch to from the top right corner of the screen from the home page, or the three-dot menu on the bottom (if you are in a tab). 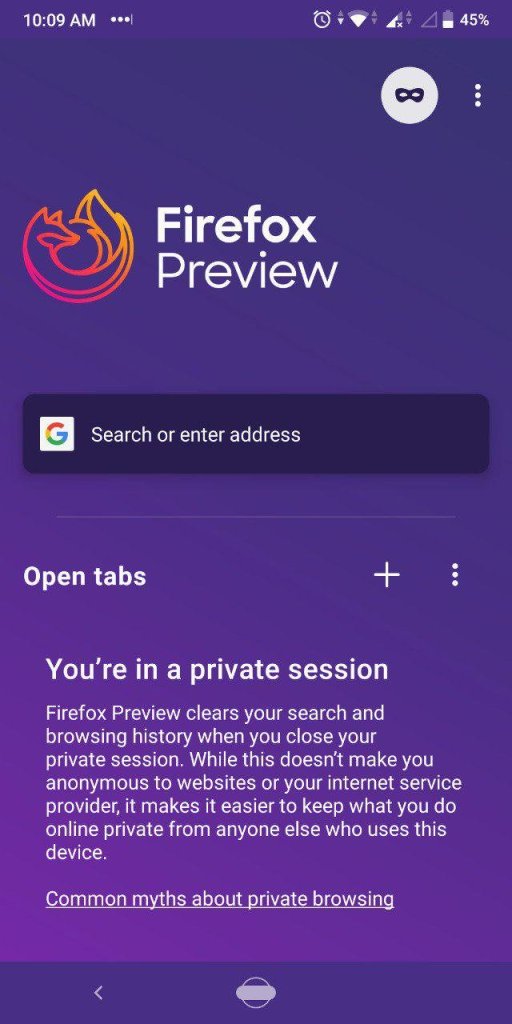 There are no add-ons available on Firefox Preview just yet. Don’t panic, it’s because Mozilla is working on add-ons support, or to be precise, support for WebExtensions.

You can download Fenix browser for Android from Taskcluster project page. Look on the right side of the page, and you should see “public/target.aarch64.apk”. That’s the one you need.

Be warned however Fenix is not stable. It is however impressive, so far and could be just what Mozilla needs to make  Chrome users switch to Firefox.

Google Pixel 3a and 3a XL to launch on May 8th in India, will be Flipkart Exclusive