ASUS has released the Zenfone Max Pro M1 June Security Update. And it brings several optimizations with it, along with an important feature. 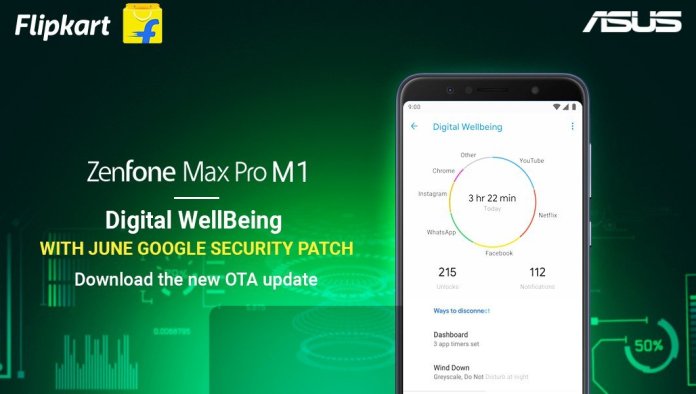 The Digital Wellbeing app/service is included as part of the update. You can use it to learn your most used apps/notifications, set app specific time limits, and even reduce your overall phone usage.

It is worth mentioning that Digital Wellbeing has often been reported as a battery drainer, so you may want to disable it, should you run into idle drain issues.

The Zenfone Max Pro M1 June Security Update has optimized the unlocking experience for PIN and Pattern, which the company says is now faster. ASUS has also optimized the battery consumption of the device to provide for a longer battery life.

The final feature in the Zenfone Max Pro M1 June Security Update is, the optimized Dark mode which is now available across the UI, and works better with apps/notifications that support Dark mode. Previously, the Settings app was still blindingly White even in the Dark mode.

We tried checking our Zenfone Max Pro M1 (and 3 others) for an update from build number 16.2017.1905.053, but it wasn’t available. The company took to Twitter to clarify that the update is being rolled out in batches, and it might take a few days to reach all users.