The ASUS ROG Phone 3 launch date has been announced by the company. A press note and an invite to the virtual launch event sent to AndroidPure confirms that the next gen gaming phone will make its debut 2 weeks from now. 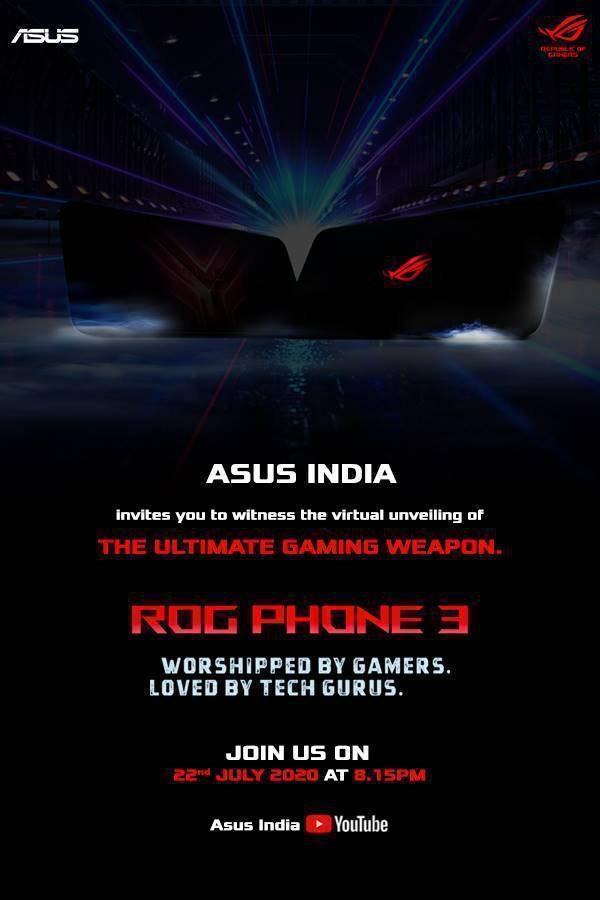 Aside from this, a teaser page has popped up on the Flipkart mobile app. It hints that the ASUS ROG Phone 3 will be the first Qualcomm Snapdragon 865+ phone.

In case you missed it, Qualcom just announced the new flagship mobile processor. A previous leak had suggested that the ROG Phone 3 will have 16GB of RAM, and will be equipped with a 6.59-inches Full HD+ AMOLED display with a 120Hz or 144Hz refresh rate. It reportedly has a 64MP camera, and is backed by a 6000mAh battery that supports 30W fast charging. The device is a bit chunky at 240g, and 9.85mm in terms of thickness.

If the design of its predecessor is any indication, we could see dual charging ports, trigger buttons on the upcoming flagship gaming device. There is still some confusion about whether the phone will have a 3.5mm headphone jack, though a teaser image appears to confirm the presence of the audio port.

The ASUS ROG Phone 3 launch date is scheduled for July 22nd in India. But this is expected to be a global launch event.