Rumor mills around Xiaomi Mi 6 flagship smartphone have slowed down a bit thanks to the buzz around Samsung Galaxy S8 and Galaxy S8+. Thanks to leaks and rumors, we already know that three variants of Xiaomi Mi 6 are in works, and is powered by Qualcomm Snapdragon 835 / Mediatek Helio X 30 processor with standard variant coming with flat display along with 4 GB of RAM whereas the higher or premium variant with curved display features 6 GB of RAM. Xiaomi MI 6 is rumored to be announced in March – April this year and latest rumors indicate April 16 as the official launch date.

Today, three images of alleged Mi 6 sketches have leaked on the web which gives us a sneak peek into design and build of the upcoming flagship device from Xiaomi. These sketches indicate Home button at front with fingerprint sensor embedded within, but wider bezels both at top and bottom. USB C type port is visible at the bottom along with speaker grills.

On the back, we can clearly see the dual camera setup consisting of two camera sensors along with LED flash. This sketch of back panel matches with an earlier leaked render of Mi 6 which indicated same placement of dual camera setup. 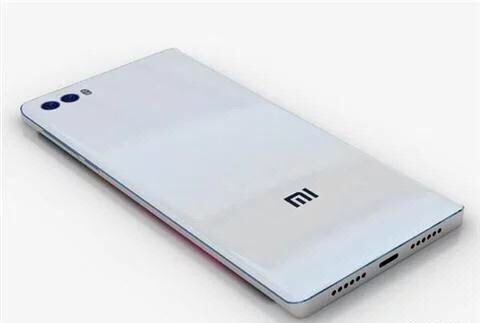 Looking at the these rumors, we can expect more leaks before the official launch happens. At the moment, take all leaks / rumors with a pinch of salt before we can get access to any credible leaks. Stay tuned at Androidpure and we will keep you updated.

Exclusive: Oppo F3 Plus specifications leak ahead of official launch