Xioami has ventured into diverse field ranging from producing smartphones, fitness bands, Pens, weighing scales, Bluetooth speakers, Air purifiers and what not. Now we have an official confirmation of Xiaomi launching its own Virtual Reality VR headset on August 1 at an event in China on August 1 which is just few days away. The company has officially released a teaser which confirm the August 1 launch date. The teaser says ” Expect the unexpected” and VR is clearly mentioned on it. 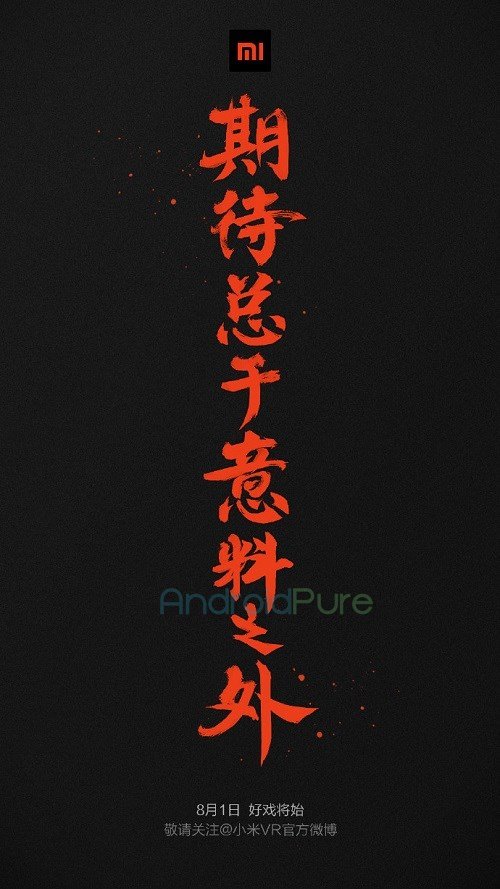 The teaser also specifies the date of 1 August 2016. Before Xiaomi, brands such as Huawei, HTC, Lenovo, Coolpad and Samsung have already released dedicated VR headsets for their smartphones and with this release Xiaomi too will have a dedicated Virtual Reality VR headset customized for their smartphones. None of the existing VR headsets are optimized for MIUI and the company wants to change this by bringing their own VR optimised for MIUI. Additionally, this coming VR headset is expected to be compatible with Google’s Daydream platform which was announced during the Google I/O.

Carmageddon, the hit 1997 game, to be made permanently free on Android with updates