The LED flash is placed below the triple camera sensors while there is no fingerprint sensor on the rear panel. It clearly indicates the in-display fingerprint sensor on the front. At the moment, there is no information about the camera sensors at the moment though a depth sensor, primary sensor and a wide-angle lens are expected. Speaker grill and Antenna line are visible at the bottom. Unfortunately, there is no render posted for the front display.

The Xiaomi Mi 9 launch date has officially been announced. The news comes straight from the horse’s mouth, in this case, Xiaomi’s official Weibo handle.

Join Us on Telegram
ALSO READ:  Xiaomi Mi 10 with 108MP camera to launch on May 8th in India 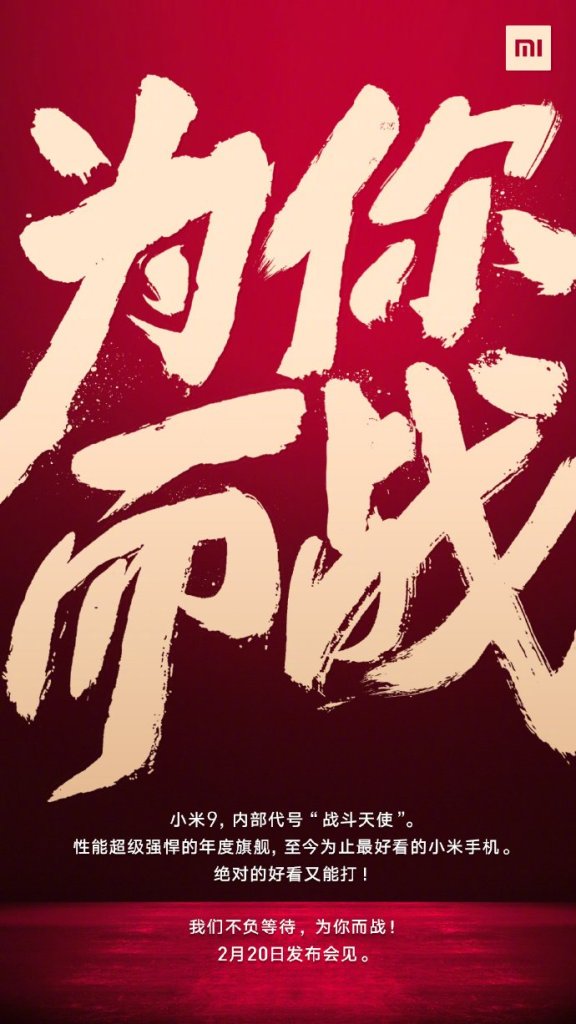 The Xiaomi Mi 9 launch date is set for February 20th, in China. According to the Weibo post, the device has the internal codename, Battle Angel.

There is a second teaser image, featuring Chinese singer, Roy Wang (Wang Yuan), with a phone in his hand. This could be the Xiaomi Mi 9 and the device seems to have triple rear cameras, which are aligned vertically along with an LED Flash.

The back panel of the phone is hidden by the cover, but you can tell that there is no fingerprint scanner on the rear. That can mean only one thing, the Mi 9 will be equipped with an in-display fingerprint scanner. In fact, a previous leak suggested the same.

Rumoured specifications indicate that the Mi 9 could sport a 6.4-inch AMOLED display, with a 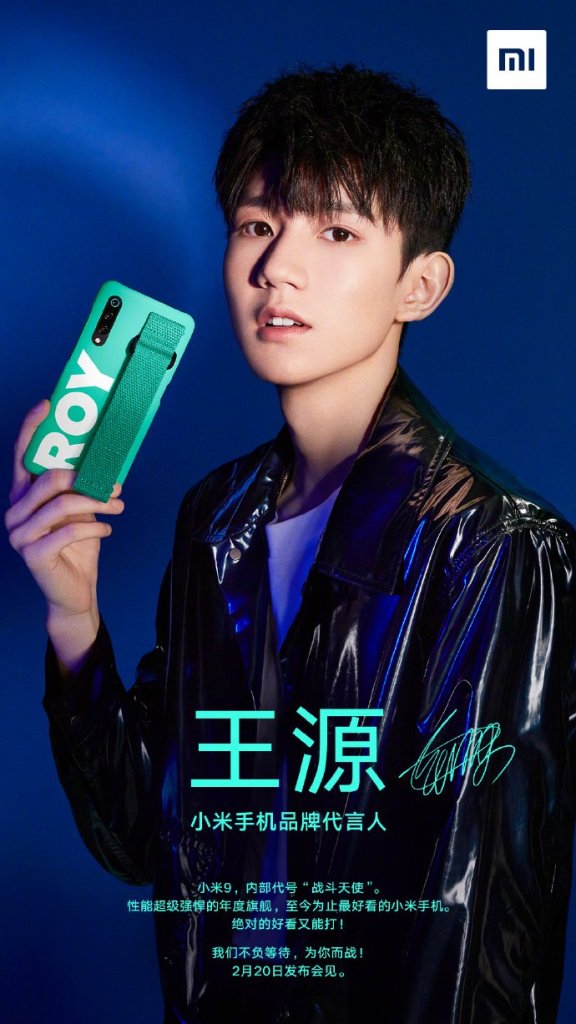 water-drop notch and a 19:9 aspect ratio. The phone is powered by a Qualcomm Snapdragon 855 processor with 6GB of RAM and runs on MIUI 10 based on Android 9.0 Pie. The phone is backed by a 3,500 mAh battery.

The Xiaomi Mi 9 launch date is exactly a week away and coincides with the launch of the Galaxy S10.

Redmi Note 7 to be launched on February 28th in India