Vivo X23, the next device in Vivo X series will be officially launched on September 6 at a launch event in China. If you remember, the device is already listed on the official store in China for reservations or pre-order, revealing the design and key specifications of the device. September 6 is the same day when Vivo will be launching Vivo V11 Pro at a launch event in India along with some other countries and as we have mentioned earlier too, both the Vivo X23 and Vivo V11 are identical in terms of design, while it may vary slightly in terms of hardware specifications. We have already seen a similar display in case of Oppo F9 Pro. The launch date announcement of Vivo X23 comes from the company’s official Weibo account in China. 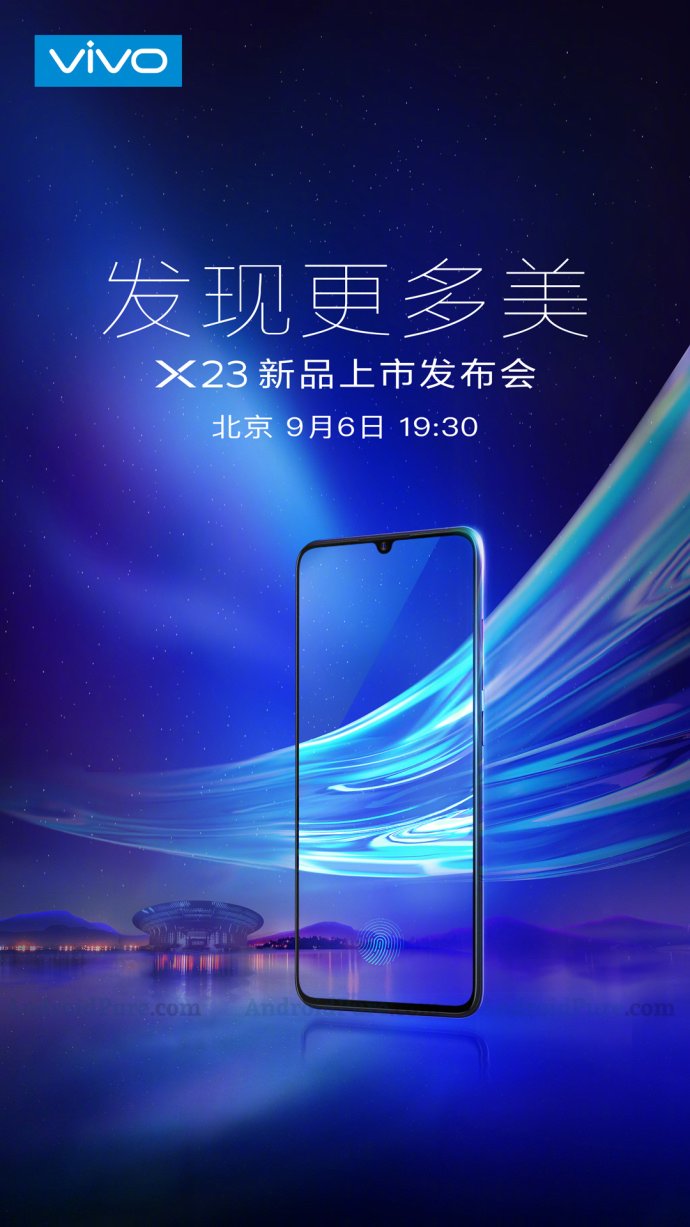 Vivo X23 features a waterdrop display on the front instead of a wide notch with a high screen to body ratio and includes an In-Display fingerprint sensor instead of a conventional fingerprint sensor at the rear. It also features an AI dual camera module and comes with up to 8GB RAM & 128GB internal storage. Vivo X23 is expected to feature a Full HD+ display, powered by Qualcomm Snapdragon 670 and runs on Android 8.1 (Oreo) based operating system. 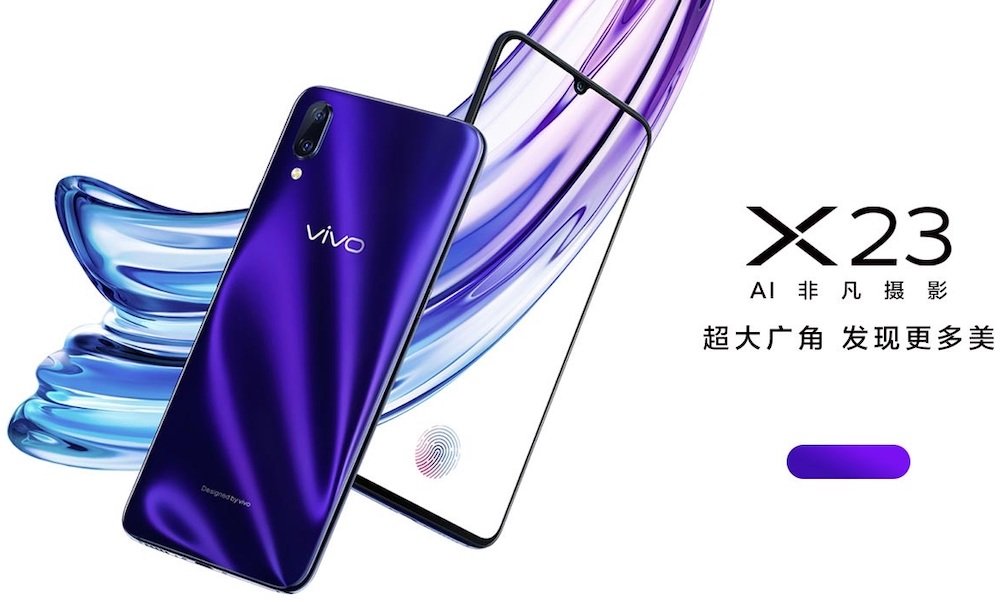 At the moment, detailed hardware specifications of Vivo X23 are not listed on the official listing in China. We also don’t have a clue about the price of the device, though it is expected to be priced in the same range as other mid-range smartphones in China. We will update you once we have more details. Stay tuned at Androidpure and we will keep you updated.