We are still a few months away from the official launch of Samsung Galaxy S10, yet leaks have started to flow in. Three models of Samsung Galaxy S10 have surfaced on Chinese CMIIT agency certification database. CMIIT is basically the Chinese agency where smartphones and other electronic devices are tested & certified. 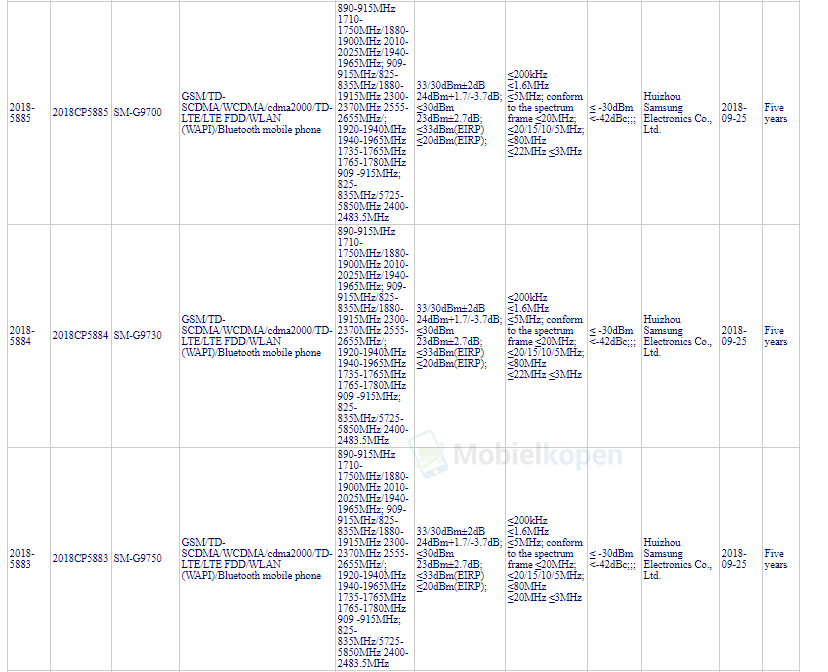 The models which have surfaced on the certification database are:

These model numbers confirm the existence of three variants of Samsung Galaxy S10 out of which one of the variant would be released in two variants, one with 5G support. Looking at the model numbers SM-G9700, SM-G9730 and SM-G9750, they appear to be the next in series over the model numbers of the Galaxy S9 models with SM-G9600 and SM-G9650. These are the three Galaxy S10 models that are rumoured:

We have already encountered these model numbers sometime back when we reported about the existence of a flat display variant of Galaxy S10 with a screen size of 5.8-inches having the model number SM-G970 and an aspect ratio of 18.5:9.

We at the moment, not much is known as we are still warming up for the leak season. Stay tuned at Androidpure and we will keep you updated.