The Samsung Galaxy Note 20 launch date has been confirmed by the company. The South Korean electronics giant plans to unveil its flagship device range early next month. 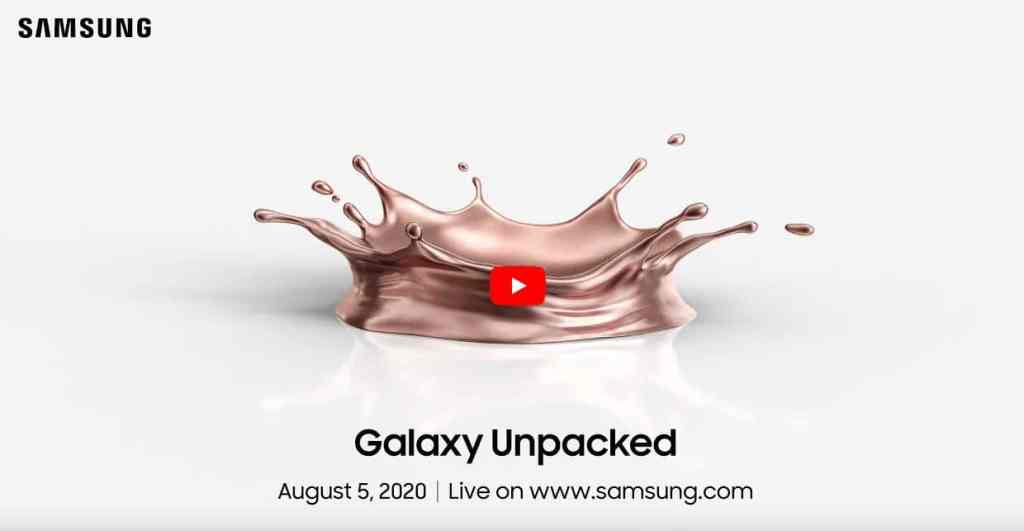 The phone hasn’t appeared in many leaks. One notable leak revealed the design of the Galaxy Note 20 Plus, and it reportedly has a massive display. The screen is curved and sports a punch-hole design at the top for the lone selfie camera. It is expected to be a Super AMOLED panel with an in-display fingerprint scanner.

The phone features a triple camera setup on the rear. It has a USB Type-C port on the bottom for charging, data transfers and serves as the audio port, since the Galaxy Note 20 does not not have a 3.5mm headphone jack. And of course, being a Note phone it does come with the traditional S-Pen stylus which will be housed next to the speaker grille.

Another leak hints that the Galaxy Note 20 series will be powered by Qualcomm Snapdragon 865 chipsets. The regular model may only have a 60Hz display, while the Plus and Ultra variants could have a higher refresh rate of 120Hz.

The Samsung Galaxy Note 20 launch date has been set for August 5th. The company has confirmed that it will be a virtual Galaxy Unpacked event, meaning it will be streamed online.

The launch is set to begin at 10 AM Eastern Time.