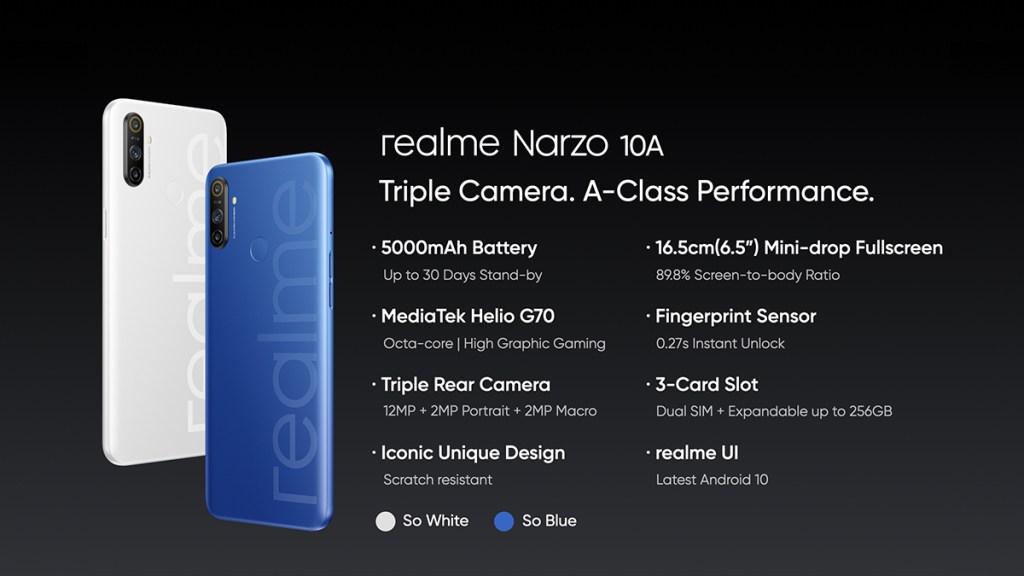 The Realme Narzo 10A sports a 6.5-inch HD+ display with a mini-drop notch, 20:9 aspect ratio and 89.8% screen-to-body ratio. The phone is powered by a MediaTek Helio G70 processor, and runs on Realme UI with Android 10. The phone has 3GB of RAM and 32GB of storage.

The Realme Narzo 10A is backed by a 5000 mAh battery that supports Reverse Charging via USB OTG.

The device will be available in 2 colours: So Blue and So White. The Narzo 10A has a large logo on the back which has a radium texture. The phone has an anti-fingerprint design which is also scratch resistant and splash resistant.

Realme Narzo 10A price in India 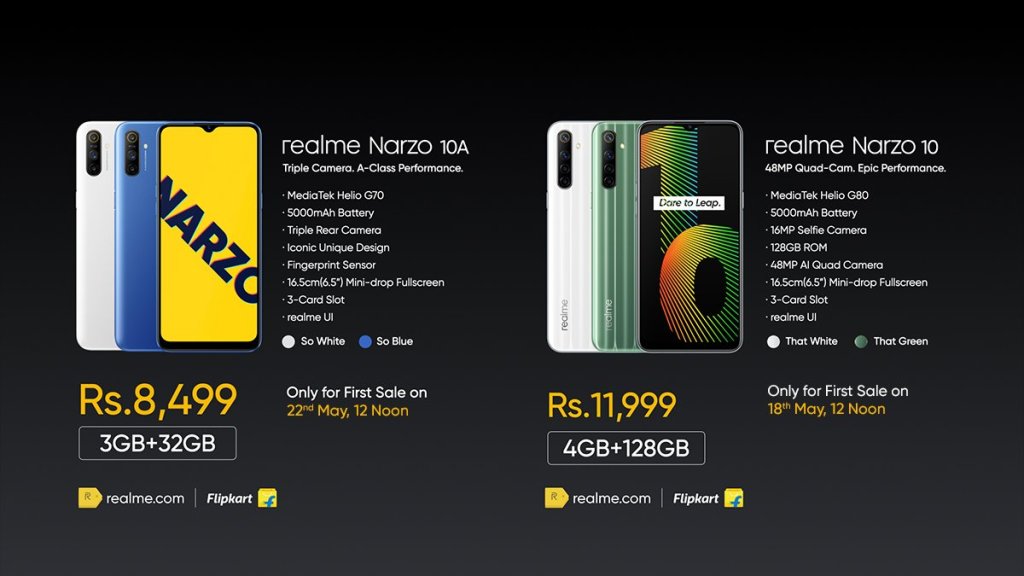 The Realme Narzo 10A price in India has been set to Rs. 8,499. The company says the price only applies to the first sale, so it could go up later. The device will go on sale on 22nd May at Flipkart and realme.com.