Realme 3 Pro listing live on Flipkart, to launch on April 22

[Update] The realme 3 Pro teaser page is now live on Flipkart with a tagline or hashtag of “For all those who #hatetowait“. The listing or teaser page doesn’t reveal any details about the hardware specifications of the phone.

After loads of speculation, Realme has just confirmed the official launch date of Realme 3 Pro in India. Realme CEO Madhav Seth tweeted with the launch details of the upcoming device, which sets the Realme 3 Pro launch date on April 22 at the University of Delhi. The launch teaser comes with a ‘Speed Awakens’ tag which probably refers to the performance of the phone. 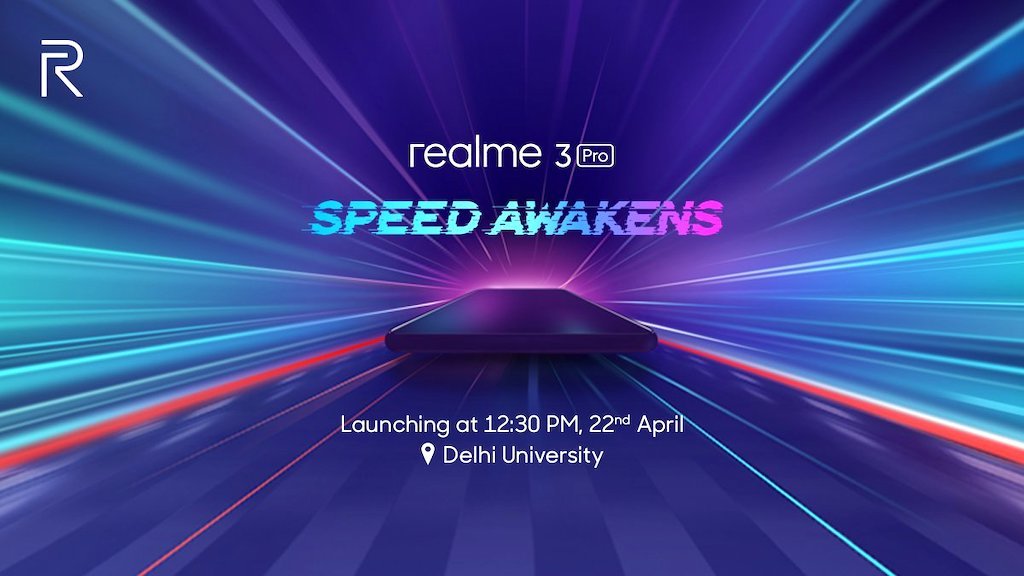 Keep in mind that Realme 3 was officially launched last month i.e. March 2019 and the company skipped the Pro variant launch, announcing it to be launched in April. Not much is known about Realme 3 Pro hardware specifications but it is expected to take on the rival Redmi Note 7 Pro that is selling like hot cakes. Xiaomi has already sold 1 million units (Redmi Note 7 and Pro Variant combined) in India in just one month.

Realme CEO Madhav Seth tweeted few teasers which claim that Realme 3 Pro will be the 1st in its segment that can directly support Fortnite.

How about playing #Fortnite on #realme3Pro? I believe #realme3Pro will be the 1st in its segment that can directly support it. Tried to play this game on some latest "Pro" devices but none of them could manage. When it comes to speed, chipset matters.
RT to win 1 Rm3pro. pic.twitter.com/j5SKOrXA2g

Coming to rivalling the Redmi Note 7 Pro, Realme 3 Pro is expected to feature the 48MP sensor on the rear, while rumours indicate a 25MP sensor for selfies & video calls.

Coming to the standard Realme 3, here is a recap of its hardware specifications.

OnePlus 7 Series smartphones may launch on May 14th globally