by Ashwin Karthik
in Accessories, News

Recently, we reported about a Google Engineer, who has taken it upon himself to review all available USB Type-C accessories on Amazon, in a bid to educate users to stay away from low quality products. 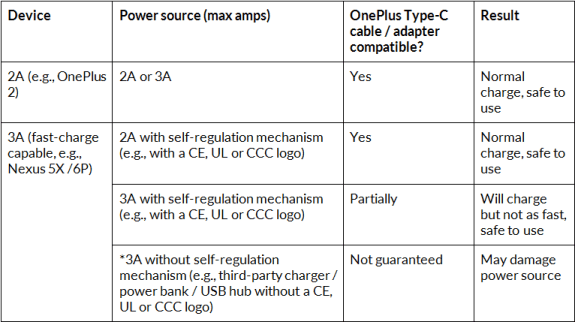 And Benson Leung, openly said that the OnePlus USB Type-C Adapter and Cable should be avoided by Nexus users, as the accessories do not match the industry standard, which require a 56kΩ resistor.

Carl Pei, the founder of OnePlus has acknowledged that this is indeed true. In a post at the company’s forums, Pei, explains that the OnePlus USB Type-C Adapter and Cable are safe to use with the OnePlus 2, but they could end up damaging other devices, such as the Nexus 5X and Nexus 6P, if the power source is of 3A.

The accessories are designed to use a 10kΩ resistor, which only supports a maximum of 2 Amps of power, and should only used with such a power source.

So, keeping that in mind, OnePlus has announced that it will offer refunds for people, who have bought the accessories to be used with third party devices.

How to return a OnePlus USB Type-C Adapter or Cable in India and China:

Take the accessory to the nearest OnePlus service center, and return the item for a refund.

How to return a OnePlus USB Type-C Adapter or Cable in North America and Europe:

Fill up the form on OnePlus.net, and you will receive a refund in your PayPal account, provided that the application is approved.

OnePlus will only be offering refunds until December 31, 2015. The company also says that it is working on new USB Type-C Adapters and cables to comply with the industry standard.

Flipkart launches The Big Phone Theory sale to celebrate Thanksgiving Day in India, 5% off on all cards