Nubia has just announced a new mid range smartphone nubia M2 Lite  in India for a price of Rs. 13999. nubia M2 Lite will be available exclusively on Amazon.in starting May 9th. This phone was announced in March 2017 in China initially and after few months, it finally made it to India. 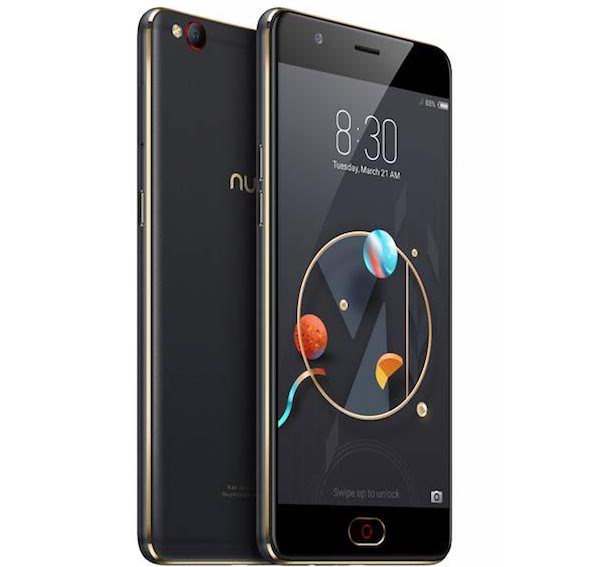 Nubia M2 Lite sports a unimetal body design with 5.5-inch 720p HD 2.5D curved glass display and is powered by 1.5 GHz Octa-Core MediaTek MT6750 processor along with 4 GB of RAM. It comes with 32 GB of internal storage along with support for expandable storage up to 128GB with microSD card. The phone runs on Nubia UI 4.0 based on Android 6.0 (Marshmallow) operating system.

In terms of camera, it features a 16 MP front shooter with 5P lens, f/2.0 aperture, 79.8-degree wide-angle lens, soft LED flash for selfies and another 13 MP main rear camera with LED Flash, f/2.2 aperture. It includes a hybrid SIM slot and a fingerprint sensor on the back panel. Nubia M2 Lite is backed by a 3,000 mAh battery. In terms of color options, it will be available in Black Gold color only. In terms of dimensions, it measures 155.7 x 76.7 x 7.5 mm and weighs 164 gm.