We have seen rumours of a Motorola budget-flagship phone floating around for quite some time. And now the Moto G100 specs have been leaked along with renders of the device. 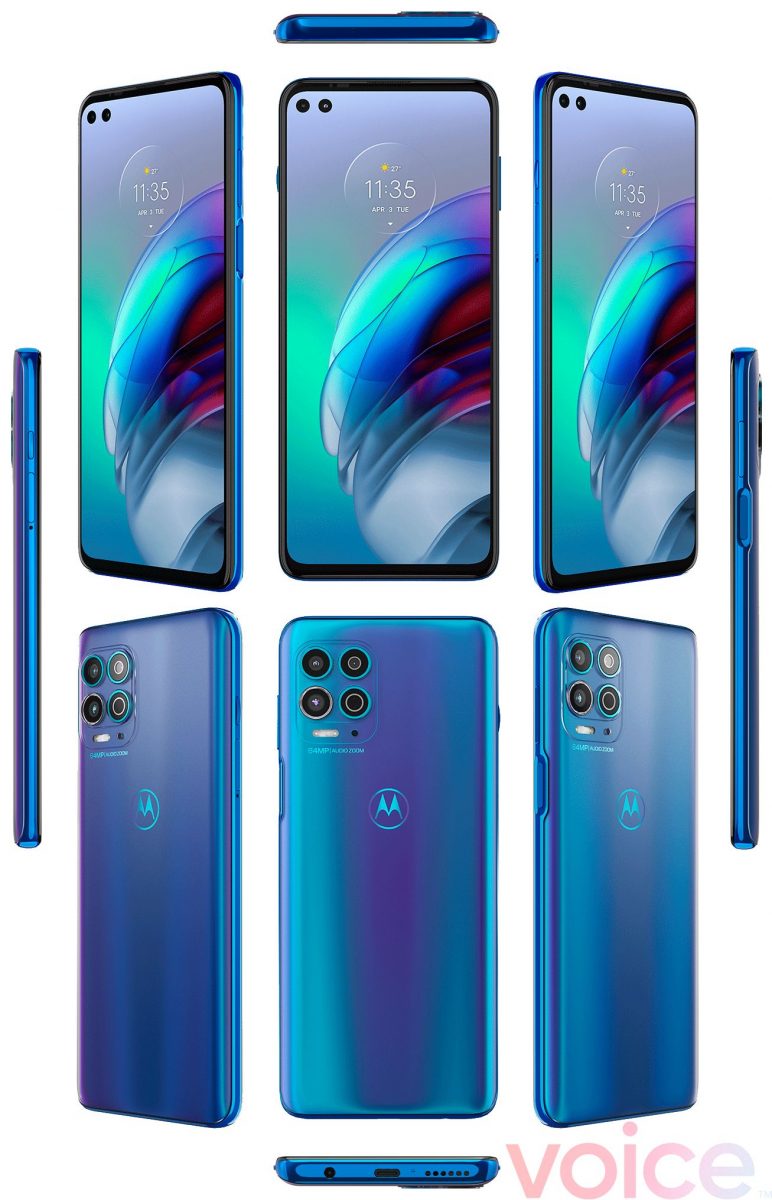 The phone you see here has the codename Tahoe, and is the Iridescent Ocean colourway of the device. It is the same phone that was recently leaked as the Moto Nio.

The Moto G100 sports a 6.67-inches display with dual punch-hole cameras, consisting of a 16MP sensor and an 8MP lens. The bezels on the device aren’t exactly slim, especially the chin which is quite prominent. The screen appears to be flat, and the fact that it is accompanied by a side-mounted fingerprint sensor all but confirms that it is an LCD panel.

The Moto G100 leaked specs sheet reveals that the phone is powered by a Qualcomm Snapdragon 870 octa-core processor with up to 12GB of RAM, 256GB of storage and a micro-SD card slot that supports up to 1TB of additional memory.

We can see a button on the left side of the Moto G100’s frame, likely for the Google Assistant, below which is the SIM card tray. The right side of the frame houses the volume rocker key and a recessed power button/fingerprint scanner. A single speaker grille and a 3.5mm headphone jack sit on either side of a USB Type-C port on the bottom.

Moving to the back panel, the Moto G100 has a square camera bump with quad cameras. The lens array is symmetrical and each of these sensors have a ring on the outside. The main camera is a 64MP shooter, and is accompanied by a 16MP ultra-wide angle lens, and two 2MP lenses, likely for depth and macrophotography. The device has a dedicated time-of-flight (ToF) sensor and an LED flash. Backing up the phone is a massive 5,000mAh battery that supports 20W fast charging.

Evan Blass/Voice mentions that the Moto G100 will be sold along with an HDMI cradle to connect to a PC monitor for a desktop-like experience.