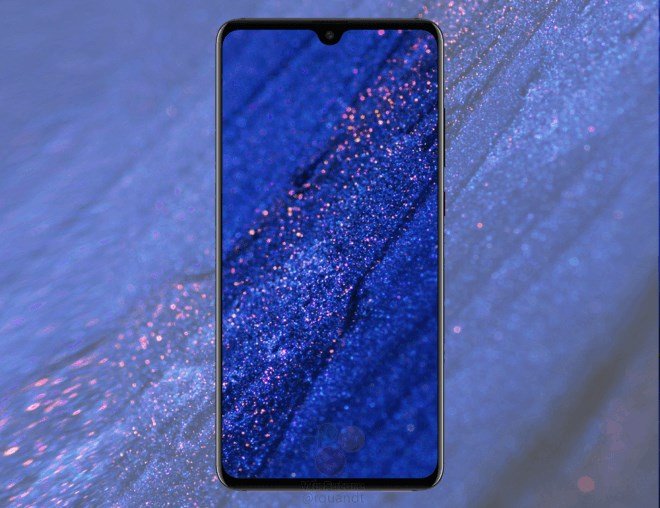 The photos confirm the 3 camera design of the phone. The cameras, along with an LED flash module, have been placed in a square array on the back panel.

We can see from the Huawei Mate 20 leaked press renders, that the phone looks almost exactly like the Pro, except for the location of the LED Flash, which is in the top left corner of the square, instead of the top right on the Pro variant.

The Huawei Mate 20 sports a 6.53-inch TFT LCD display which has a screen resolution of 2244 x 1080 pixels, and a water-drop notch display design. The chin of the device is almost non-existent, or is at least the same size as the forehead.

The device is powered by an octa-core Kirin 980 processor, and has a fingerprint scanner on the rear. The phone is backed by a 4,000 mAh battery. There is one other thing which we found interesting. If you look closely at the Huawei Mate 20 leaked press renders, you can see a port on the top of the device, which looks like a 3.5mm headphone jack.

The reason we think it is interesting, is because the Huawei Mate 20 Pro doesn’t seem to have an audio jack.