Samsung is set to launch Samsung Galaxy A20s officially in India along with two other devices i.e. Galaxy A30s and Galaxy A50s on September 11. Out of these three smartphones, the company has already announced the Galaxy A30s and Galaxy A50s globally last month. Ahead of the official launch, AndroidPure has received some renders and official posters of Galaxy A20s that reveal the design of the phone along with hardware specifications. 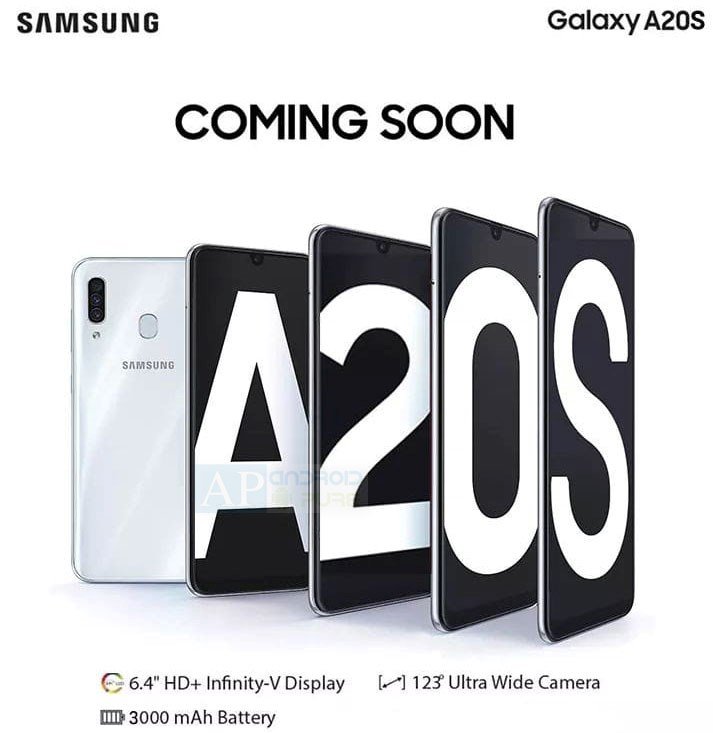 As can be seen from the official poster above, Samsung Galaxy A20s features a triple camera module on the rear panel which includes a 123-degree Ultra-Wide Camera sensor along with two other sensors along with LED flash. The conventional fingerprint sensor is visible above the Samsung branding. It also confirms that the phone comes with a 6.4-inch HD+ Infinity-V display with a notch at the top. The phone is backed by a 3,000mAh battery. 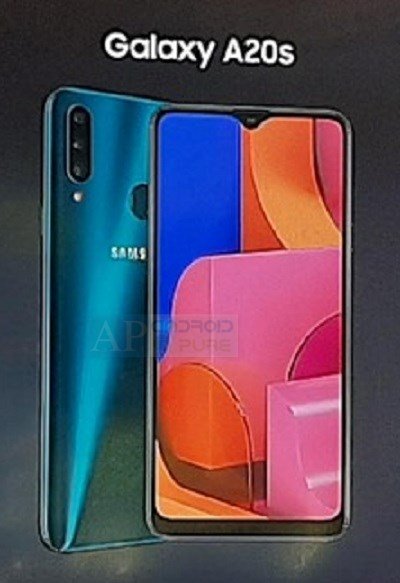 Apart from the poster above, another render is also there which matches with the details mentioned above. There are narrow bezels visible at the bottom. Apart from these renders, a brief specification sheet of Galaxy A20s has surfaced which reveals the partial hardware specs. 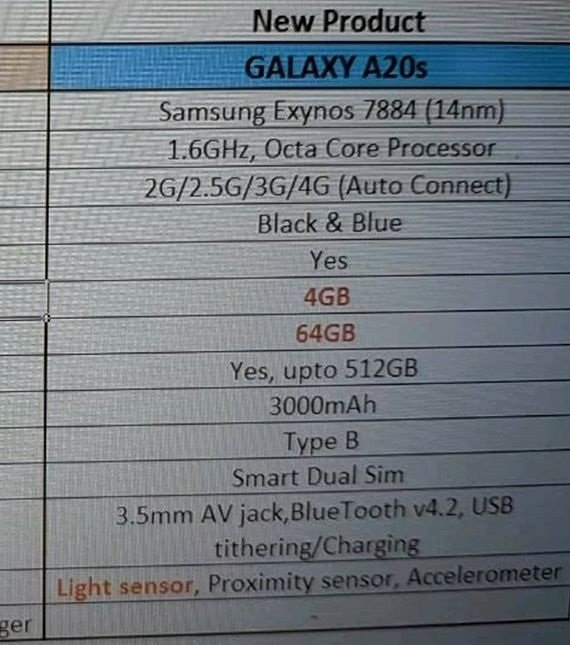 The specs sheet indicates that the Galaxy A20s is powered by an octa-core Samsung Exynos 7884 processor clocked at 1.6GHz. It comes with 4GB of RAM and 64GB internal storage along with support for expandable storage. It includes dual SIM card support. Apart from these details, a case for the device has also surfaced which matches with the poster and render above and gives a clear view of the device. 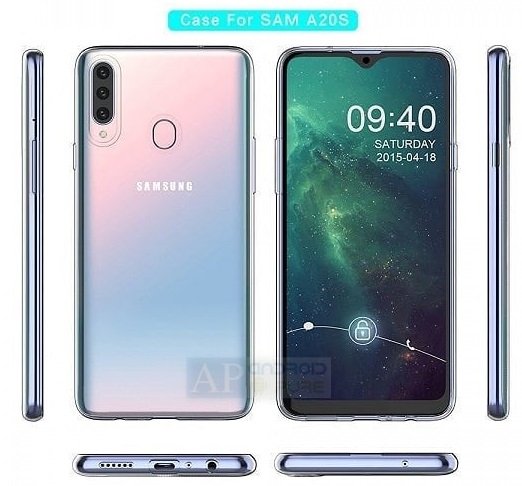 At the moment, we are not sure of the pricing details of the device but we will know pretty soon with the official launch in the next 48 hours. Stay tuned at AndroidPure and we will keep you updated.