Androidpure has received some exclusive Honor 9X and Honor 9X Pro press renders. And they reveal that the phones will be equipped with a pop-up selfie camera. 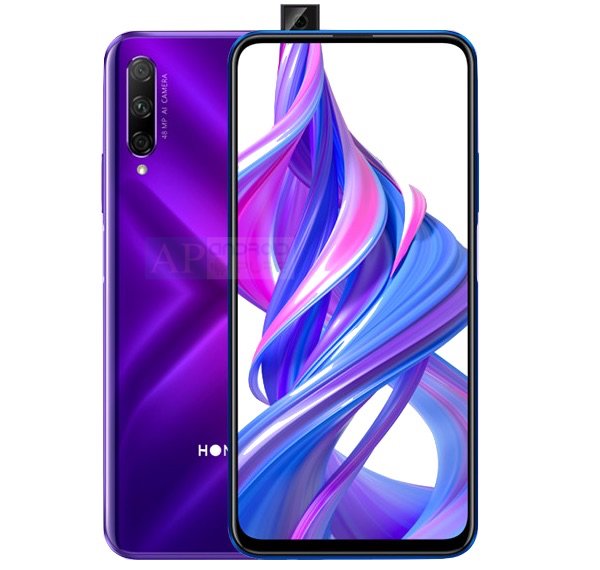 The phone you see above is the Honor 9X Pro. It has as slight chin, but has an otherwise bezel-less appearance, thanks to the frame running around the display.

You can see a pop-up selfie camera near the top left corner of the phone, next to an earpiece embedded at the top of the phone.

The back panel sports a striking Purple gradient colour, with what appears to be an X pattern, probably to go with the X series name. Also visible on the rear is a vertical camera bump which houses triple cameras.  The branding next to it reads 48MP AI Camera, but what the other sensors are, remain a mystery.

According to AnTuTu, which revealed some of the device’s specs on Weibo, the Honor 9X Pro features a Full HD+ display, and runs on Android 9 Pie (EMUI 9.1). The device is powered by a HiSilicon Kirin 810 processor with a Mali-G52 GPU, has 8GB of RAM and 256GB of Storage.

ALSO READ:  Honor X10 Max listed on TENAA ahead of next month's launch

The regular Honor 9X variant looks identical to the Pro version, except the former only has 2 rear cameras. The rear panel has a black colour with a slightly glossy look. AnTuTu reveals that the phone has 6GB of RAM and 128GB of storage. The rest of the specs are similar to the pro variant.

The Huawei subsidiary is set to announce the Honor 9X and Honor 9X Pro on July 23rd, in China.

Redmi K20 Pro and Redmi K20 launched in India; but the prices may disappoint you