Android 10 Update for ROG Phone II released; but users aren’t getting the OTA

ASUS has released the Android 10 Update for ROG Phone II. The news comes from the company’s Twitter handle. 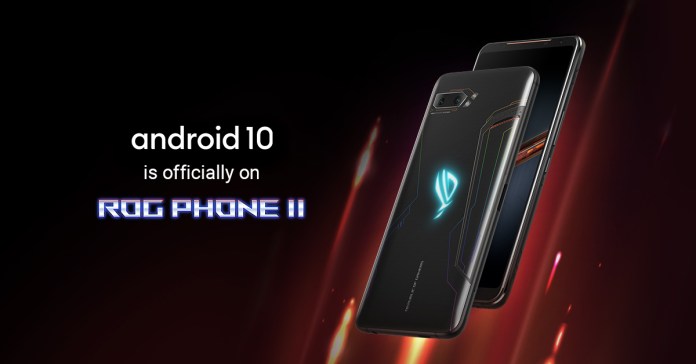 The message reads as follows “We’re excited to announce that Android 10 is now available for #ROGPhoneII. Don’t you think it’s time for an upgrade?. #GameChanger.

There is no change log available for the update yet. All we know is that the phone has been updated to Android 10. We were impressed with the ROG Phone 2, and in case you haven’t, take some time to read our review of the device.

ALSO READ:  Oxygen OS 10 with Android 10 Update for OnePlus 5T and OnePlus 5 rolls out to users

The official support page of the device still shows that the update from December is the current version, so you may have to wait a few days for the new firmware to go live.

Perhaps ASUS has delayed the update, or pulled it temporarily. Though we have to say all signs point to the fact that the company may have jumped the gun in announcing the news, before actually rolling out the update.

Android 10 Update for Samsung Galaxy M40 rolls out in India